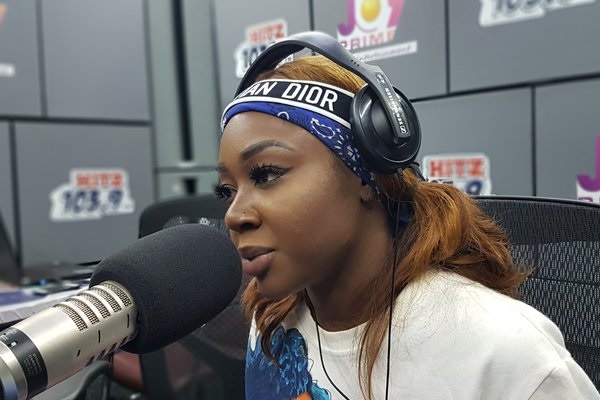 Fast rising Ghanaian singer Rashelle Blue has recounted the torture and abuse she went through in her past relationship. The singer has revealed that she suffered domestic violence in its worst form as she was beaten by her boyfriend “badly”.

“Some years ago I was in a very bad position,” she revealed in an interview.

According to her, she believes her former boyfriend was insecure and that triggered most of the abuse in their relationship. Also, whenever he was in a bad mood, he snaps and subsequently slapped and assaulted her.

Rashelle Blue, born Rachael Arhin, the Highly Spiritual Music signed act further adds that there “was a lot of fear,” because her ex-boyfriend “openly threatened that if she leaves…” the consequences will be unbearable for her.

All her abuse happened while she lived in New York but the singer managed to escape from all the abuse.

She is currently single after moving to Ghana in April to pursue her music career -full time. “ I’m just excited about learning new things in Ghana,” she adds.

It’s October and Rashelle has joined many women to champion a fight against breast cancer. “It is important to learn about breast cancer,” she said and urged “everyone to look into breast cancer”.

While it is important to constantly examine and check your breast for irregularities, Rashelle adds that “It’s good to be safe so if you feel something.”

She was speaking in an interview with with Andy Dosty on Daybreak Hitz on Hitz FM Wednesday where she revealed that she does get a lot of advances from men. While she feels flattered by these advances, she receives them in a “friendly” way.

The excellence we had as Ghanaians is all gone – Mensa Otabil