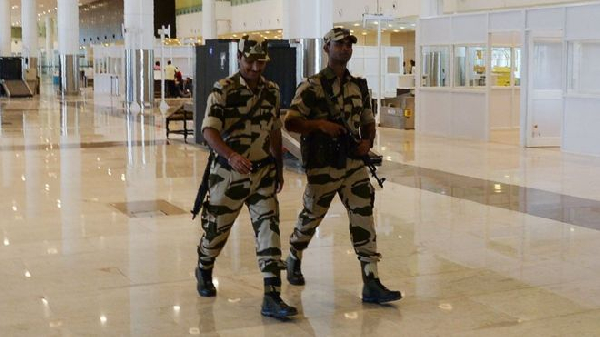 Airport police in India are being instructed to smile less.

This is over concerns cheerfulness could lead to a perception of lax security and a threat of terror attacks.

The country’s Central Industrial Security Force, which is in charge of aviation safety, wants its staff to be “more vigilant than friendly”.

Officials are said to believe that excessive friendliness puts airports at risk of terrorist attacks.

The organisation’s director general, Rajesh Ranjan even said the 9/11 attacks had taken place because of “an excessive reliance on passenger-friendly features”.

This is not the first time Indian police officers have been told to improve their standards or alter their behaviour:

In July, the Karnataka State Reserve Police told its officers to lose weight or face suspension from service.

And in 2004, police in Madhya Pradesh state were paid to grow moustaches because bosses believed it made them command more respect.

Tags:
Previous Article
Ronaldo is not easy to replace – Juventus sporting director
Next Article
I was beaten by my insecure ex-boyfriend – Rashelle Blue

Coronavirus Consequences on Tourism – The Real Impact
Samcilla Baakojr May 27, 2020

I was beaten by my insecure ex-boyfriend – Rashelle Blue
Samcilla Baakojr October 10, 2018