Cristiano Ronaldo’s Juventus gig seem to be going well so far – although maybe not quite how he would have liked. 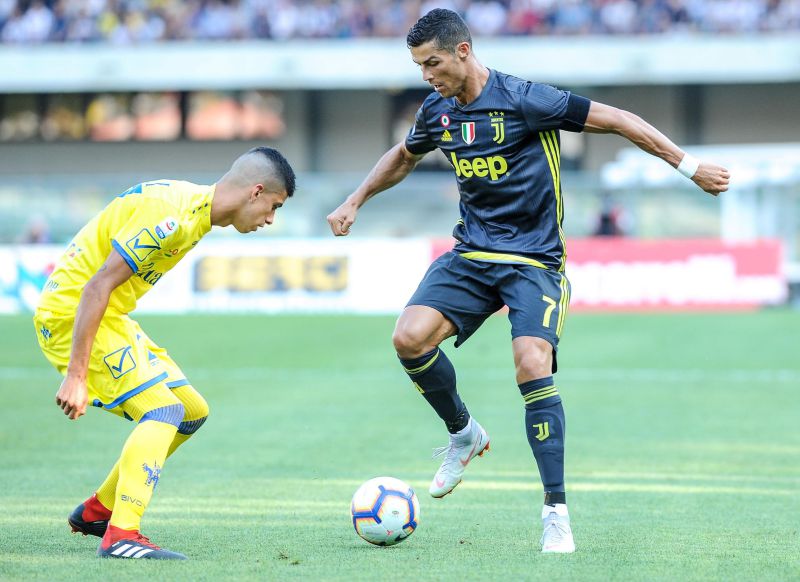 Ronaldo’s Juventus edged past Chievo 3-2 on Saturday evening thanks to a 93rd-minute winner from Federico Bernardeschi.

Meanwhile, the Portuguese superstar failed to get himself on the score-sheet.

But how did he play after leaving Real Madrid to Juvetnus?

Well, let’s take a look at some of the reactions from the Italian media while Ronaldo represented Juventus for the first time.

“The rock stars welcomed him, with hundreds of people just to see him from close up, he was escorted by the bodyguards and he could have thought that the tense matches in Spain were not really a habit”.

Meanwhile the Repubblica alsoo added their voice to the reactions rating him below 7 out of 10.

They rated CR7 a 6.5 out of 10 and wrote: “He played well starting from the left and running towards the center, similar to what Dybala does, but in the other side.”