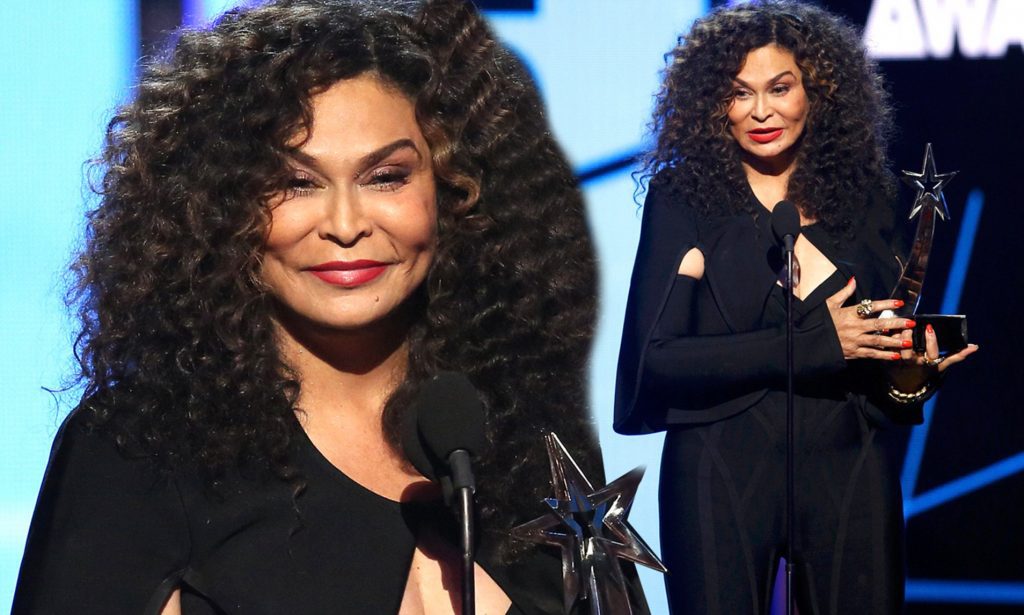 For those of you who somehow don’t know who Tina Knowles is, she is the mother of Beyoncé Carter and Solange Knowles. Tina Knowles is a supercool and supportive mother who has fun showing off both herself and her kids.

Whiles Ghana prepares for a Full Circle Festival hosting most of Hollywood’s star buzzers and top performer as part of its Year of Return celebration, many are the Black-Americans who have already trooped into the West African country.

Earlier we reported rapper Ludacris’ visit to the Cape Coast Castle, Lupita Nyong’o  and Rick Ross’ arrival as well many others including Beyonce and her family who just landed in the capital.

According to tight lipped sources who spoke to NetbuzzAfrica.com, Tina Knowles did not arrive at the Kotoka International Airport alone. Considering how Beyonce values her security and the buzz that came with Cardi B’s meet and greet, the organizers of the Full Circle Festival, the event hosting Beyonce and all the Hollywood stars have said little to nothing until the eve of celebration.

Born Célestine Ann Beyincé, Tina Knowles-Lawson is known for her House of Deréon and Miss Tina by Tina Knowles fashion brands. The American businesswoman and fashion designer was previously married, until 2011, to Mathew Knowles.

The “Year of Return, Ghana 2019” is a major landmark spiritual and birth-right journey inviting the Global African family, home and abroad, to mark 400 years of the arrival of the first enslaved Africans in Jamestown, Virginia.

Aside Tina Knowles, Ludacris, Steve Harvey, Samuel L Jackson, Deborah Cox, Boris Kodjoe, Anthony Anderson, Micheal Jai White and Nicole Ari Parker, many others have been to the country for the Year of Return.

Lifestyle: How to earn your man’s respect