Ghana, the West African country also know for its peace and hospitality is celebrating the Year of Return to commemorate 400 years since the first enslaved Africans arrived in Jamestown, Virginia in the United States.

Many Hollywood stars have visited the country’s capital in the last few months and Rick Ross happens to be one of the much awaited rappers to touch down the capital.

Rozay arrived in Ghana a few days ago ahead of Mr. Eazi’s Detty Rave 3 Concert held at the new space at Spintex, a serene community in Accra.

While many are focused on the entertainment part of celebrities visiting the capital, the celebrities themselves are wholeheartedly enjoying their visit to Ghana.

Rick Ross earlier revealed he “Loves Ghana” but what clouds joy is that fact that “The Boss” also pride himself as a native of the Ghana, the motherland.

In a latest post, Rick Ross who is spotted in a convoy threat heading to his hotel after a spectacular performance at Detty Rave concert also takes the spot by sharing a fond statement referring to Ghana as his home. “My Motherland”. 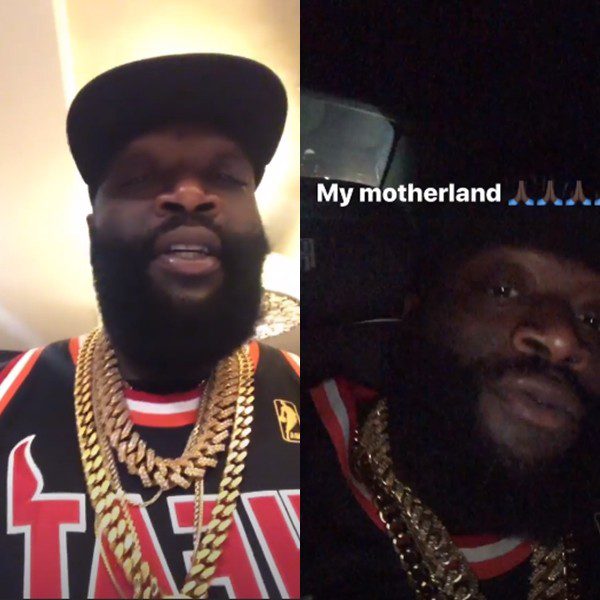 Watch Rick Ross perform at Detty Rave 3 Concert to a massive below.

Beyoncé and Jay Z in Ghana for holidays not performance – Publicist