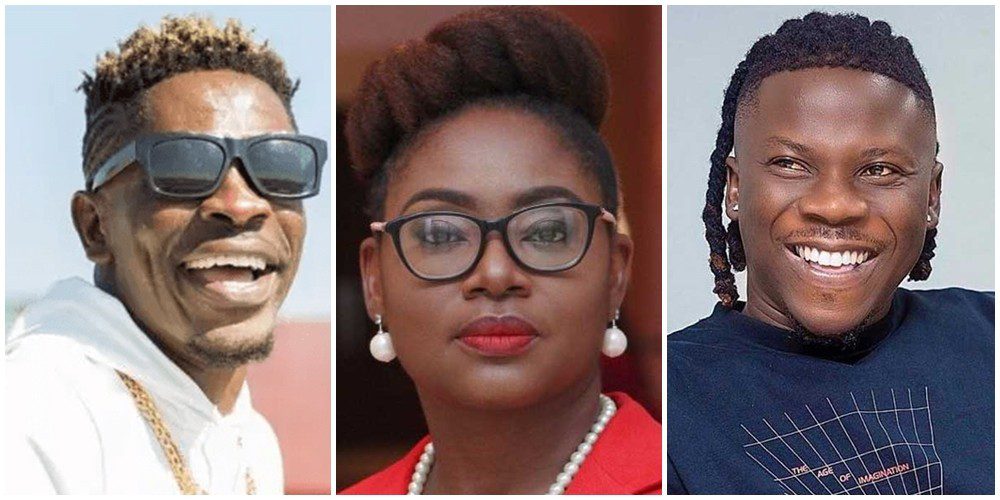 Charterhouse Ghana, organisers of the annual Vodafone Ghana Music Awards seems to be angry at dancehall artist Shatta Wale as the company have said they were “taken aback” by the behavior of popular artist during their 20th edition.

At a press engagement on January 23, Theresah Ayoade, Chief Executive Officer of the event company recalled interactions they had with Shatta Wale prior to the event and the assurance the artist gave the company.

Mrs Ayoade said the organization took a decision to include the dancehall artiste who had been barred from the scheme for insulting it, because Shatta Wale had on countless occasions shown remorse.

“Shatta Wale at a point gave assurances that he would be of good behavior after a series of engagements”, she added.

READ: Akon quizzes why Africa is terribly convoluted as he arrives in Ghana

“He apologized publicly, came to the office several times with several entourages. So when it was time for this 20th anniversary celebration, we decided to give him another chance,” she said. “We had a one-on-one session with him and he promised me personally that ‘all those issues are gone, he was young then, now he’s older, he’s grown’”.

According to Mrs. Ayoade, the demeanor of Shatta Wale was evidence he was a changed man. Nonetheless, Charterhouse wanted him to sign an undertaken in order to be rest assured but that was not realized.

“We did everything we could to ensure that we’re on the same footing… After the Xperience Concert, we called him back to the office that ‘some of your guys were being too rough so we are not happy about that. We want you to assure us…’ It shows the kind of engagement. It wasn’t the normal type of engagement,” she said, stressing that they were shocked he broke his promise on the night.

“We were all taken aback. We saved him his five seats just like Stonebwoy. There are things you’d regret but you cannot beat yourself over it. We had saved his five seats for him; he said his father to his father and sister to come and sit in the seat. The rest of the three seats remained empty the whole night [thinking] Shatta Wale was coming to sit on his seat… We didn’t anticipate that going to sit with his fans meant they were planning something.”