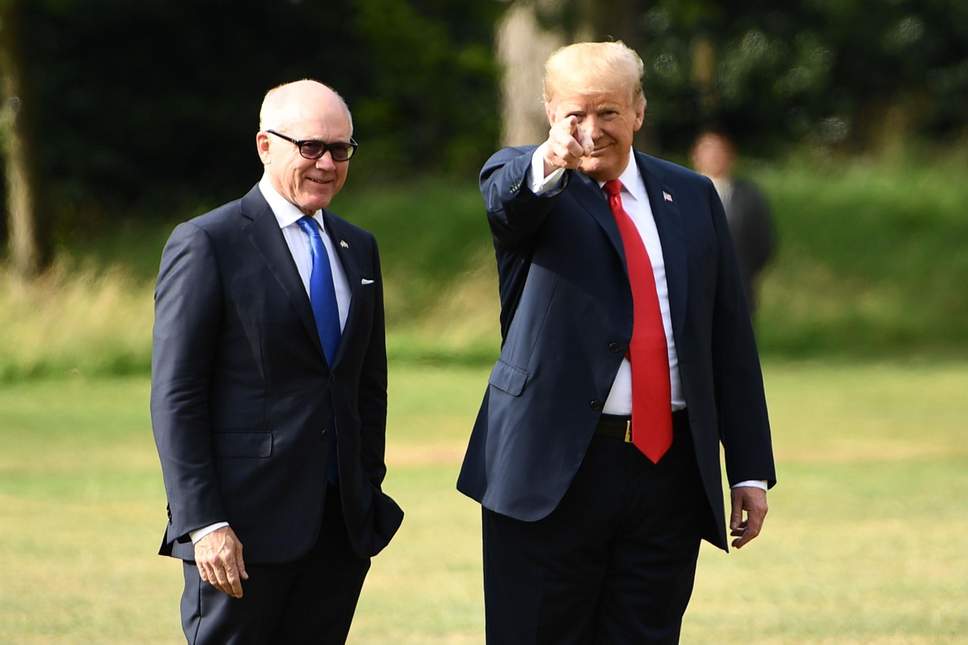 The United States’ ambassador has urged Britain to back Donald Trump in putting pressure on Iran and rethink its support for the “flawed” 2015 nuclear deal.

It comes after the UK and its European allies reacted with dismay when the US president decided to pull out of the landmark deal earlier this year which relieved sanctions on Iran in return to an end to Tehran’s military nuclear ambitions.

The Joint Comprehensive Plan of Action (JCPOA) – referred to as the Iran nuclear deal – was signed three years ago by the former US President Barack Obama, alongside the UK, Russia, France, Germany, China and the EU.

Last week Jeremy Hunt, the foreign secretary, joined with his European counterparts and agreed to work to block the impact of Mr Trump’s new sanctions against Tehran, which were reimposed on Monday.

Foreign office minister Alistair Burt said the United States had “not got this right”, adding: “Sometimes you need to take a stand against friends”.

But in an article for the Sunday Telegraph, the American ambassador to the UK, Woody Johnson, urged ministers to rethink their position. “It’s time to move on from the flawed 2015 deal,” he said.

“We are asking global Britain to use its considerable diplomatic power and influence and join us as we lead a concerted global effort towards a genuinely comprehensive agreement,” he said.

The ambassador said Iran had used the flow of money coming into the country since the easing of sanctions not to improve the lives of ordinary Iranians but to beef up spending on the military and networks of proxy forces and terrorists.

“It is clear that the danger from Iran did not diminish in the wake of the deal,” he said. “It grew.

“Far from becoming a more responsible member of the international community, as we had all hoped, Iran grew bolder.”

He called for a “united front” among Western nations to force Tehran into a change of course.

“Only by presenting a united front can we exert the maximum possible pressure on the Iranian regime, and get it to finally change course and put an end to its malign and reckless activities both at home and abroad,” said Mr Johnson.

“If the regime does make tangible and sustained changes to behave like a normal country, America is prepared to resume full commercial and diplomatic relations. Iran will be free to develop advanced technologies and play a full role in the global economy.

“Until then, America is turning up the pressure and we want the UK by our side.”