CEO of Despite Group Of Companies with subsidiaries: Best Assurance Company, Beige Capital, Special Investment, United Television, Peace FM among others, Dr. Osei Kwame Despite is well-known for his posh-cars-lifestyle.

Definitely, a billionaire lifestyle lived in Ghana and not a shithole after all! Mr Despite walks 2018 with a limited edition of 300: the new Mercedes-Maybach S 650 Cabriolet – the ultimate in open-air exclusivity.

The CEO owns a fleet of luxury cars and this new baby is set to mark another milestone in his garage.

Appreciated for his generosity and hard work, Osei Kwame Despite has been known to be a quiet leader with his focus on his goals. You never know when next he’s on a move until the deal is settled.

His latest baby, Mercedes-Maybach S 650 Cabriolet is based on the open-top S-Class and has adopted the latter’s classic aesthetic proportions, among other features, with highlights which include the dynamic silhouette with coupé-like soft top and the sidewall dropping line which slopes down towards the rear. With a high-end appointments in the interior make up part of the vehicle’s special characteristics. The drive system requirements are catered for by the 6.0-litre V12 engine with an output of 463 kW (630 PS).

This comprises a key ring made of the nappa leather used in the vehicle and in the interior colour, with Maybach emblem and “1 of 300” lettering, as well as a certificate signed by Dr Dieter Zetsche, Chairman of Daimler AG and Head of Mercedes-Benz Cars. 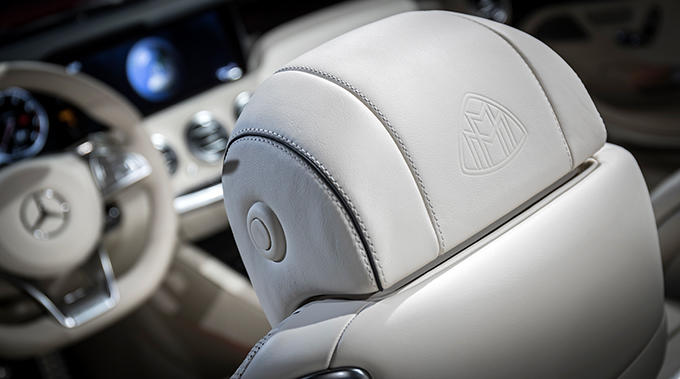 Exclusive Mercedes-Maybach features include a new front bumper with upgraded lower section and also numerous chrome highlights to visibly enhance the special aspirations of luxury. The Maybach emblem is discreetly but elegantly featured on the vehicle’s wing. Other special elements on the exterior include the high-quality 20-inch Maybach forged wheels in a powerful design and a bichromatic finish. On opening the doors, the Maybach logo is projected onto the floor through entrance lighting. 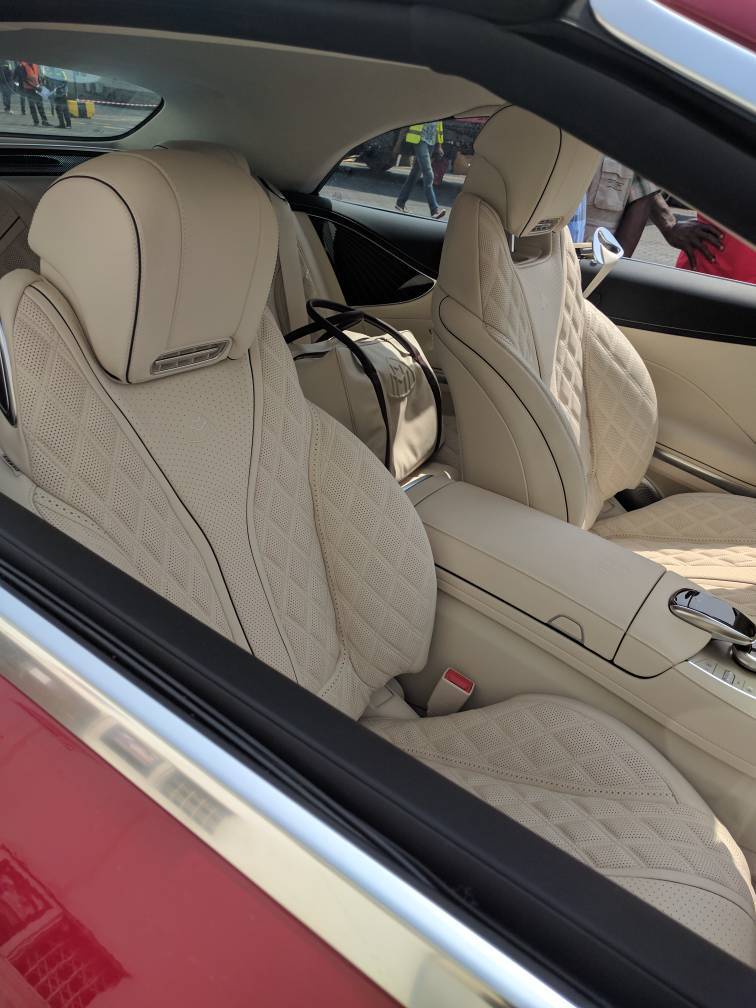 In the interior, the fully leather-trimmed Mercedes-Maybach S 650 Cabriolet brings some of the visionary ideas of the ConceptS-Class Coupé (IAA 2013) to series production. These include the dynamic “flowing lines” in the seats. This waterfall-like seat upholstery layout is achieved with the aid of progressive perforations.

An eye for detail is also demonstrated in the outer diamond quilting on the seat side bolsters and the Budapest piping. All of the optional extras of the S-Class Cabriolet come as standard on the Mercedes-Maybach, including AIRCAP, AIRSCARF and Swarovski headlamps. 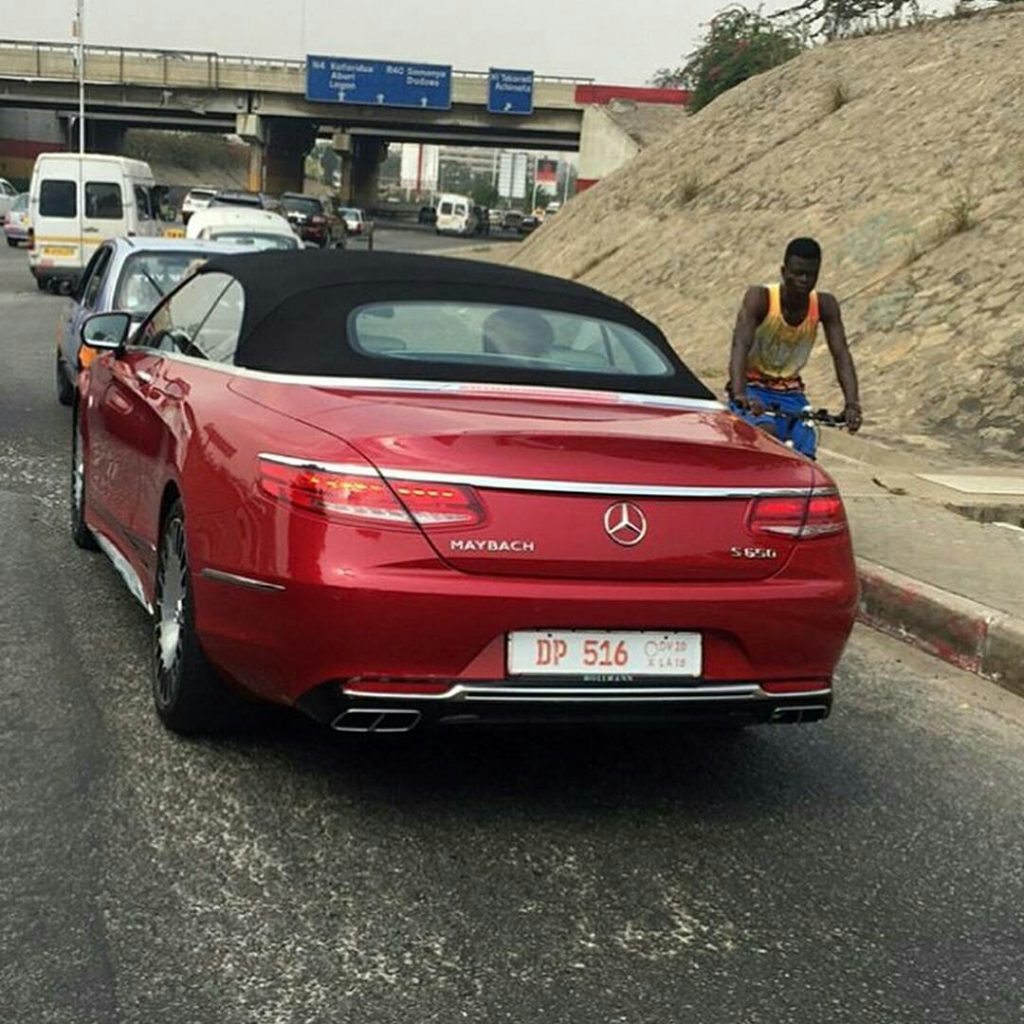 The powertrain: A fitting biturbo V12.

The luxury cabriolet’s superior drive system relies on the 6.0-litre biturbo V12 engine with an output of 463 kW (630 PS). Power transmission to the rear axle comes courtesy of the 7G-TRONIC, while the AIRMATIC suspension with steplessly variable damping control ensures a special driving sensation.

The first cabriolet of the Mercedes-Maybach brand celebrated its debut at the LA Auto Show and it hit markets in the spring of 2017 – limited to 300 examples and with a net price tag of 300,000 euros. 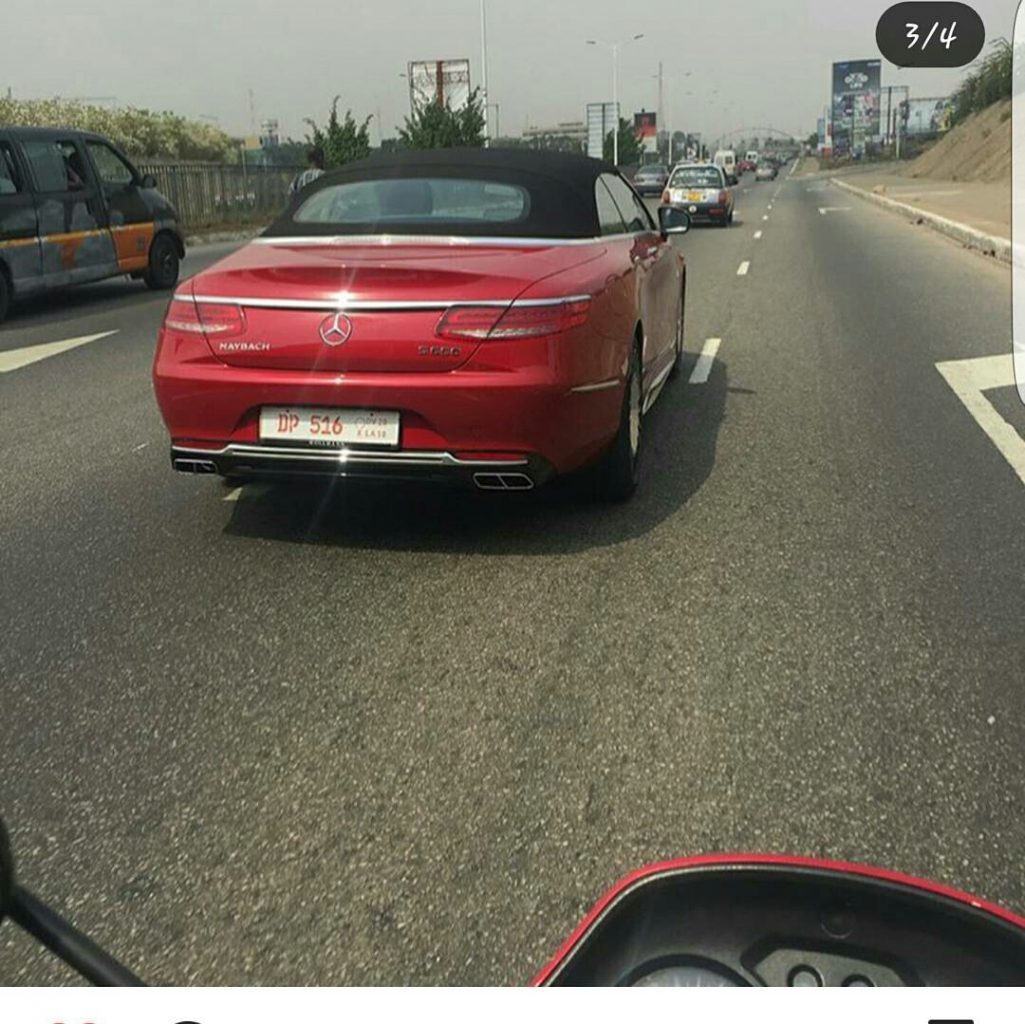