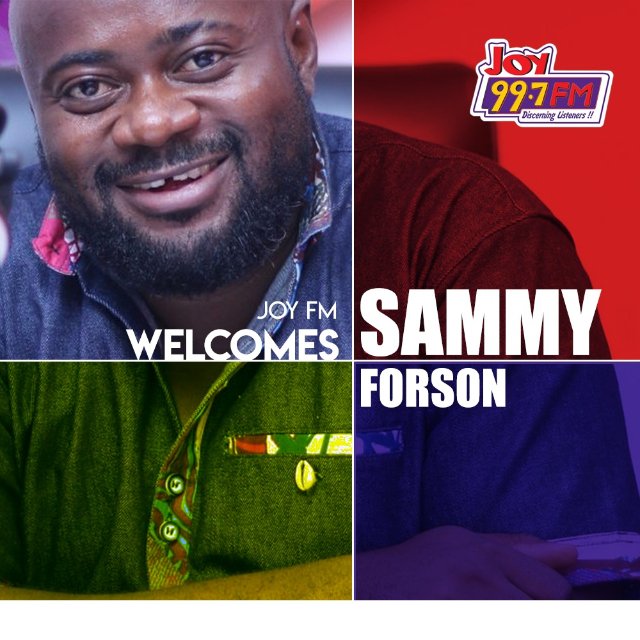 Mr Forson is joining Joy FM with over 14 years under his belt in the Ghanaian entertainment space.

“I have successfully partnered with some of the industries finest. I pride myself on being able to demonstrate a natural talent for reaching out to both young and old, offering a fresh and dynamic approach to the world of entertainment,” he noted.

Mr Forson added that “with a rich blend of experience in television and radio, I have earned a reputation amongst management, peers, viewers and listeners as someone who brings new dynamics into broadcasts and remains in-tune with public needs and wants.”

Sammy Forson’s first job with The Multimedia Group will be as the sit-in host of Drive Time on Joy FM from Tuesday, January 16 as Lexis Bill goes on two weeks break.

The station will also announce other shows he will be hosting soon.

One of rapper Sarkodie’s managers, Sammy Forson was adjudged the Record Promoter of the Year at the Ghana DJ Awards 2013.