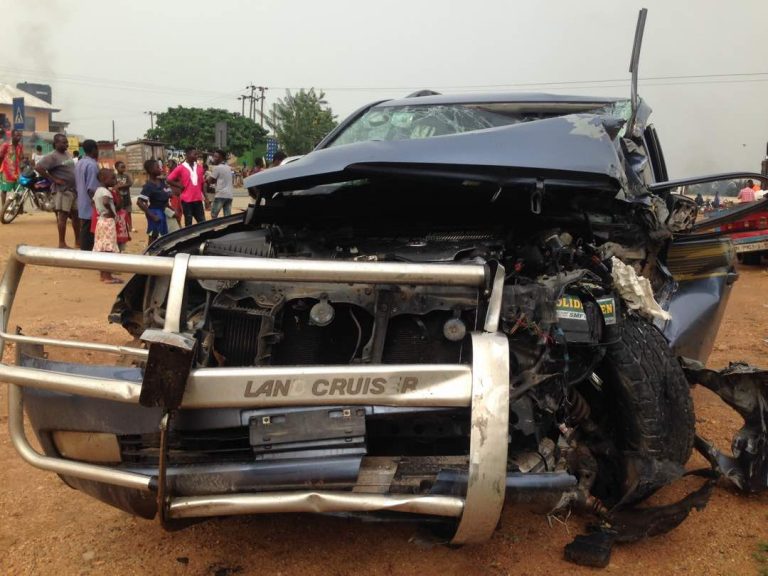 A total of 193 persons died through road accidents in the Central Region last year as against 138 in 2016, representing 28.4 per cent increase, the Motor Traffic and Transport Department (MTTD) of the Ghana Police Service has revealed.

Assistant Superintendent of Police (ASP)Oboasiatwum Asiase Peprah of the Central Regional MTTD who made this known to the Ghana News Agency in Cape Coast said a total of 975 road accidents were recorded last year as against 789 in the previous year.

He revealed that the number of vehicles involved in the accidents increased from 1,168 in 2016 to 1,422 last year indicating a surge of 17.8 per cent.

A total of 1,422people were injured and 232 pedestrians were knocked down, he stated.

The MTTD Commander said human error was a major contributory factor for road accidents and advised drivers to be law-abiding and adhere to safety regulations.

He indicated that the surge in road fatalities required from the various road safety stakeholders such as Ministry of Roads and Highways, Department of Urban Roads, Driver and Vehicle Licensing Authority and the National Road Safety Commission to scale up efforts to drastically reduce it.

He mentioned the factors contributing to the road accidents to include blatant disregard for road traffic regulations, distracted driving, over-speeding, drink driving, wrongful overtaking, and reckless driving among others.

ASP Preprah gave the assurance that the department would double its efforts this year through rigorous educational and awareness creation campaigns to enlighten the public and intensify enforcement of laws to reduce the clashes further.

He appealed to organisations and other corporate bodies to emulate the example of some companies who had offered assistance to the Unit to ensure maximum road safety.

ASP Preprah called on drivers, passengers, pedestrian and other road users to be cautious when using the road.