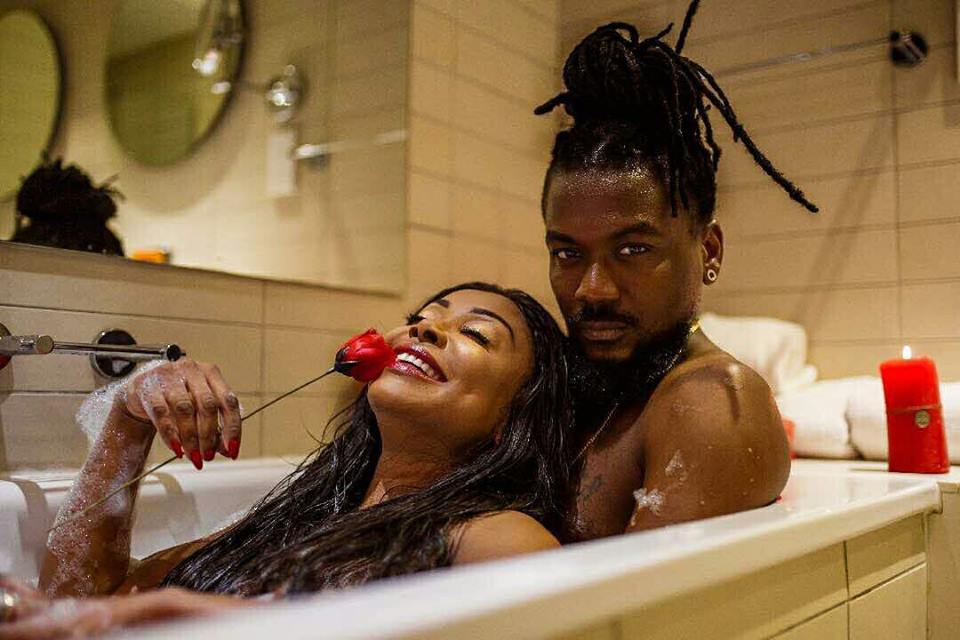 The jaw-dropping music video is from her latest project titled “One More” and has various sensual scenes from the romantic candlelight bathtub to scenes in the bedroom and back to the swimming pool where a lot of skin can be seen unbothered!

“One More” song and video follows “Barima No”, which was released featuring rapper Okyeame Kwame.

The risqué poses video directed by Yaw Skyface saw a rather comforting entrance of Samini in a luxurious Mercedes-Benz entering a more styled apartment with Mrs. Benson all tattered in a see-through silkware looking ready to be ‘taken’.

The video reveals Stephanie Benson’s demand for more of Samini’s pleasure. Quite an enticing video full of kisses and passion from two love birds who can’t seem to get enough of each other.