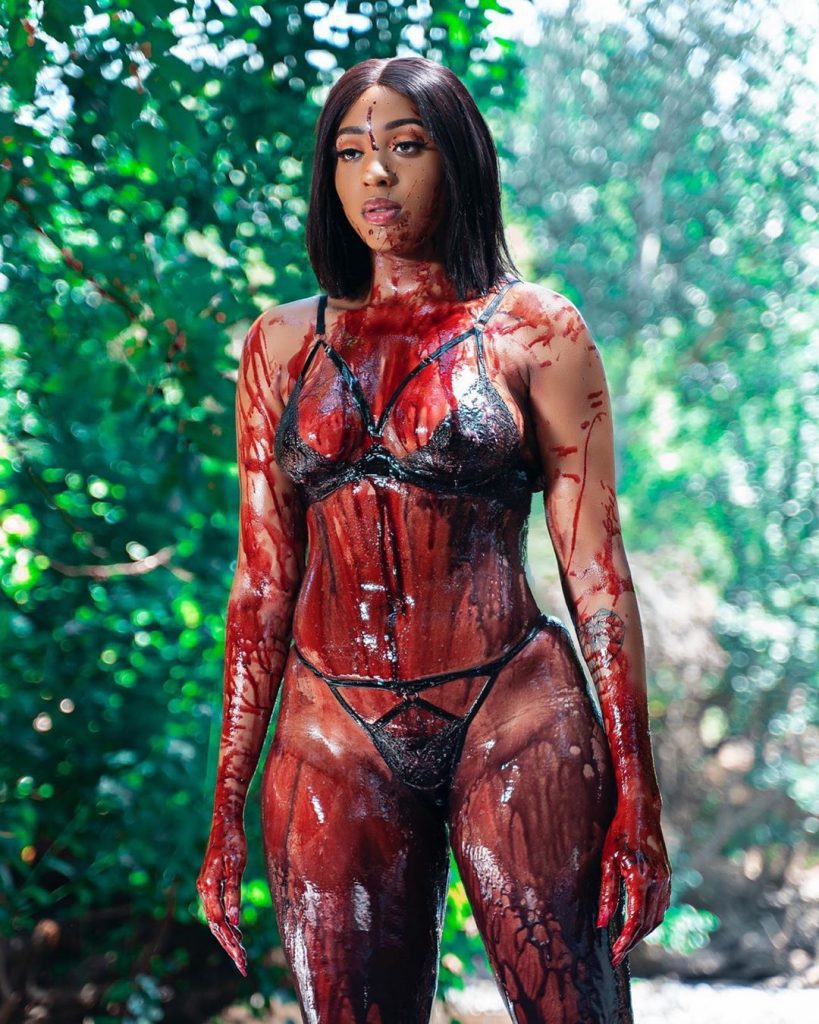 While the South African best female rapper seeks to send message to her fans using her music as a communication channel, Nadia Nakai’s latest music video which is comparable to a Quentin Tarantino movie leaves a lot of blood stain of the ‘bitter’ rapper’s hands at the end.

Nadia literally deserves a bubble bath after taking a bloodbath.

READ: “The Grammy’s lack of diversity goes beyond music” – Diddy

Directed by Studio Space Pictures’ Alessio Bettocchi and Jiten Ramlal, the South African queen house a dead body in the boot of a vintage car which she pulls up unhappy in at the beginning.

Nadia like to get dirty in “More Drug” so she has tasked herself with disposing of the dead body after a relationship that went wrong.

Nadia is heard lamenting in the song saying:

READ: We made Afrobeats attractive for Africans – Rapper Sarkodie

“As a man you were meant to protect me/ Why you let these bitches disrespect me?/ Knowing damn well that would affect me/ I let you hit it raw, it could infect me/ I thought I told you not to go embarrass me” 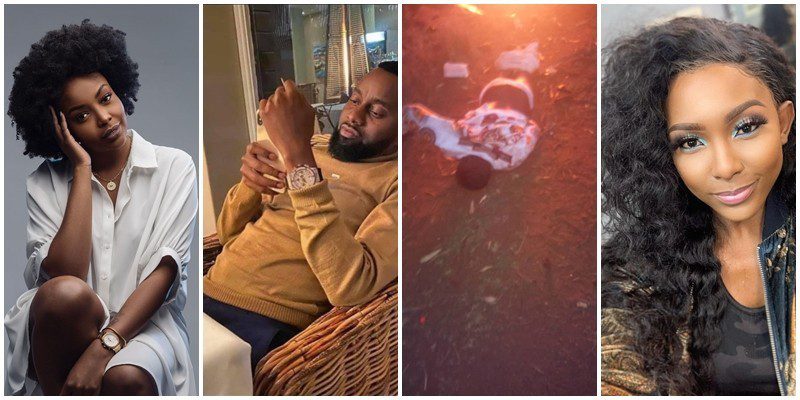