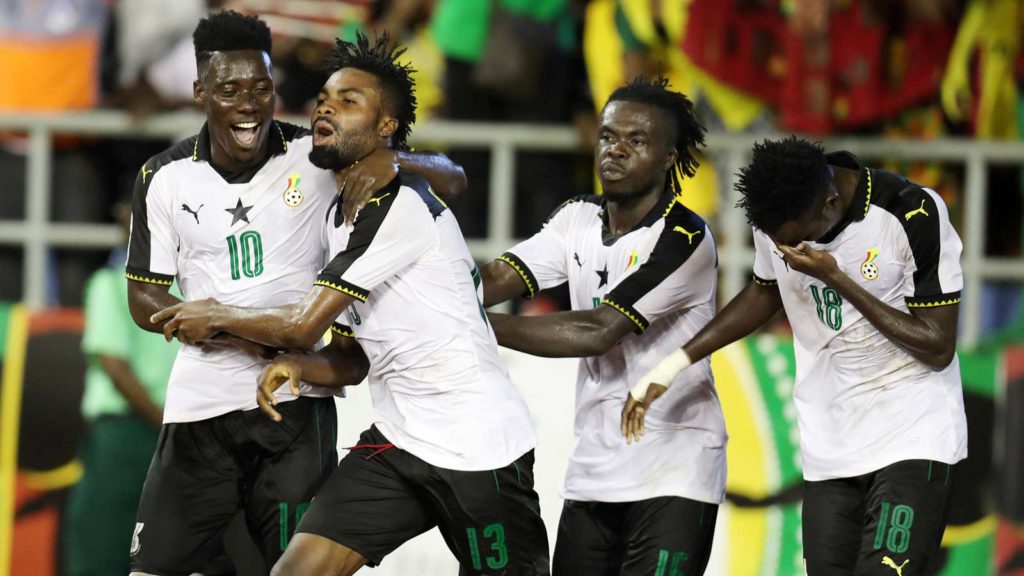 The Black Stars of Ghana have been chasing another trophy in the West African Football Union tournament, but standing in their way are sworn rivals Nigeria, who themselves are determined to be crowned 2017 WAFU champions.

The team of local footballer stars on Sunday 24th September beat their counterparts from Nigeria by scoring 4 goals to 1 in the final of the 2017 West African Football Union Cup of Nations championship at the Cape Coast stadium.

Ghana, the hosts and defending WAFU champions, earned their spot in the final with a 2-0 win over Niger on Thursday: Kwame Kizito and Stephen Safro scored the goals for the Black Stars, who have looked strong contenders throughout the tournament. This is Ghana’s their second final appearance, having beaten Senegal 3-1 back in 2013.

The thrilling 95-minute encounter saw the Stars dominating play despite a seemingly fierce opposition from Nigeria.

The local-based senior national side walked home with the $100,000 winner’s prize up for grabs.

Stephen Sarfo set the stage with his first goal in the 44th minute. Atingah, who was later shown off the pitch after a red card, scored the second goal in the 60th minute from the penalty spot.

Nigeria, meanwhile, edged Benin 1-0 in their semifinal. Rabiu Ali scored in the first half for the Super Eagles, who probably should have won the match by a more convincing margin. This has been Nigeria’s third WAFU final appearance: they beat Senegal 2-0 in 2010 to win their first and only title, while their second showing was a 3-2 loss at the hands of Togo in 2011.

Ghana’s goals were quickly followed by another penalty which was converted again by Atingah in the 78th-minute before Winful Cobbinah taped the ball into Nigeria’s net for the 4th goal after a lovely work from Patrick Razak in the 93rd minute.

Ghana and Nigeria have already met once in this WAFU tournament: the Super Eagles beat the Black Stars 2-0 in the teams’ final Group A match last Monday, though it must be noted that the home side had already guaranteed themselves top spot regardless of the result.

Ghana coach Maxwell Konadu insisted earlier that his side is more than capable of claiming revenge against the Super Eagles when the teams meet again in the final.

While everything was yet tocome to an end, Nigeria’s Rabiu Ali, struck the ball beautifully into Ghana’s net from a 22-yard free-kick spot in the 95th minute to pull one back, however that wouldn’t earn them any spot close to the trophy.

This year’s tournament is the fifth edition of the regional competition.