-Psquare Officially Break Up For Good, Court Papers For Separation Filed And Sent in

-Peter insists that he has had enough of the drama and wants out of the PSquare group and contract. 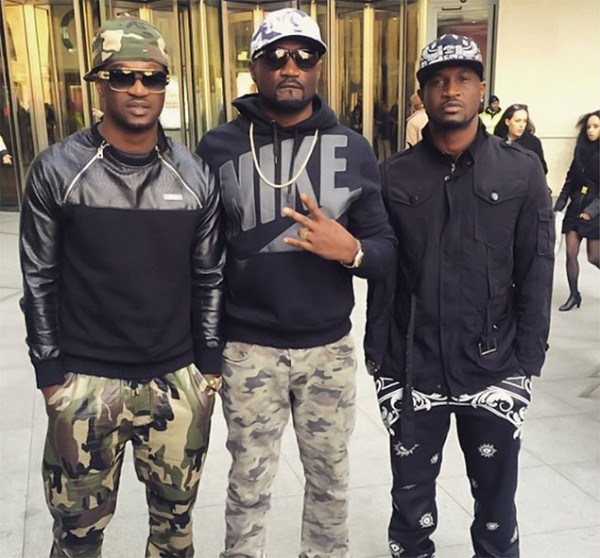 Nigerian music group, Psquare, who has dominated the Nigerian music scene for many years have finally split up, following social media shades and drama.

Yesterday, LIB reported that the singing duo, PSquare finally split up after one of the brothers, Peter Okoye sent in a termination letter to their joint lawyer, Festus Keyamo (SAN).

This was confirmed by the blog after they obtained an exclusive copy of the letter sent to their lawyer on September 21, 2017, demanding he wants out of the PSquare’s contract. 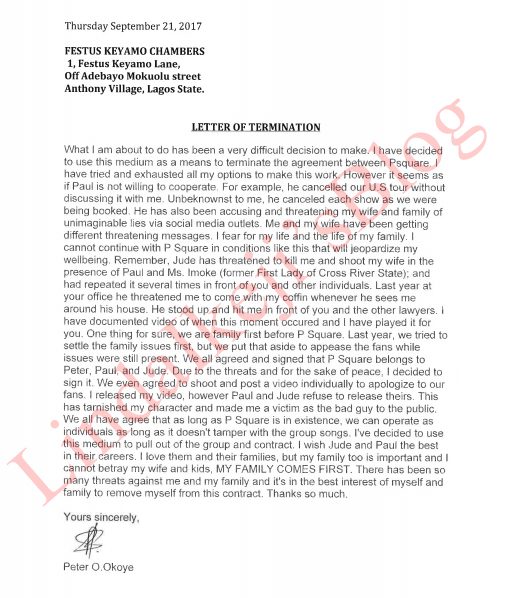 “LIB can now exclusively confirm that Peter has sent a termination letter to their lawyer Festus Keyamo (SAN), demanding for a termination of the agreement between Psquare.

In the letter (which LIB has obtained), he defends his decision by making some serious allegations against his twin Paul and older brother/group manager Jude.

According to Peter, Paul is no longer willing to co-operate with him, even going as far as canceling their planned US tour this year without informing him, and he (Peter) has exhausted all options to make it work.

He also accused Paul of slandering his wife and children with lies on social media and alleged that they’ve now been receiving threatening messages.

Peter further accused his older brother Jude of once threatening to kill him and shoot his wife Lola. This allegedly happened in the presence of Paul and former first lady of Cross River state Mrs Imoke. Jude allegedly also threatened to bring a coffin for him (Peter) if he ever comes near his house.

Peter insists that he has had enough of the drama and wants out of the PSquare group and contract. The singer who now refers to himself as Mr. P, stated that he loves his brothers and their families, and he wishes them the very best in their careers. However he cannot betray his wife and kids as they are very important to him.”

LIB who confirmed this and reportedly spoke to Peter, reported that he said;

“Psquare is no more. I have nothing against my brothers. I saw Paul’s post on Instagram about blood being thicker than water.’

‘Who is water and who is blood,’ Peter asked, adding that his nuclear family (wife and kids) are very important to him and he has decided to move on with his personal brand – Mr. P. 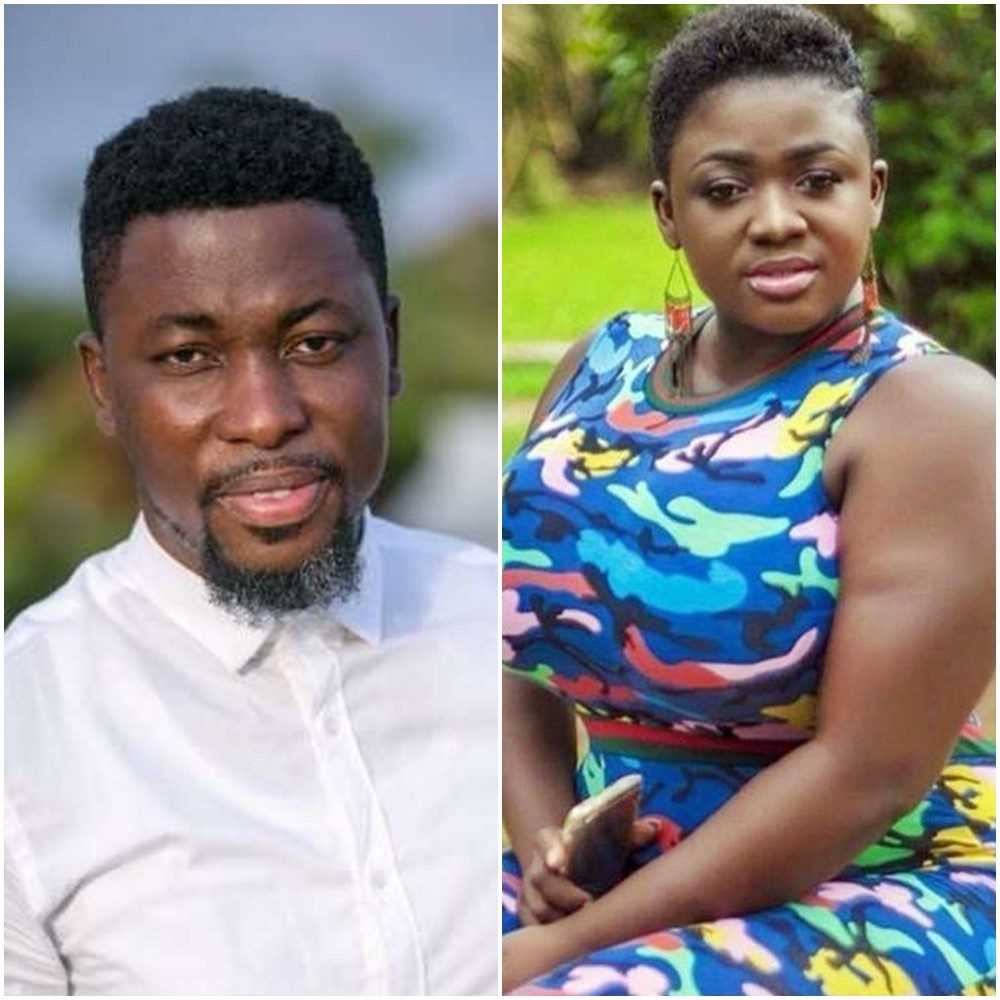 A-Plus: I was too ‘broke’ to marry Tracey Boakye