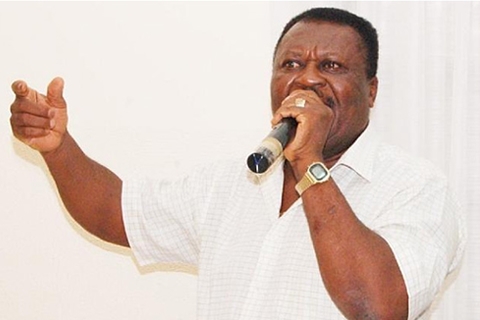 To cap it off, the MP for Assin North Kennedy Agyepong promised them a monthly support of GHC 5,000.00 each.

The event was attended by President Akufo-Addo who paid glowing tribute to the music heroes and music industry pillars who were honoured. He reiterated his government’s commitment to supporting the development of the creative arts through the establishment of the Creative Arts Council.

The Presidential Grand Ball is organized by MUSIGA to raise funds for projects such as AMWeF and the MUSIGA Academy undertaken by the Union.

Performances on the night were by Wutah who paid tribute to Paapa Yankson, Becca who paid tribute to Ewurama Badu, Daddy Lumba, Joe Mettle and Ivorian superstar, Freddie Meiway. Comedian DKB had the President and entire audience up in stitches with his rib cracking jokes.

Also present at the Presidential Grand Ball were the Chief of Staff, Madam Frema Opare, Minister of Information Dr. Mustapha Hamid and former first lady Nana Konadu Agyeman-Rawlings. The new chairman of the Board, Hassan Tampoli of the National Petroleum Authority (NPA) affirmed his commitment to ensuring the continued success of the MUSIGA Presidential Grand Ball.

The night also witnessed the launch of the Play More Gh project which is an advocacy campaign for more Ghanaian content on local airwaves and the Future Project, a talent incubation programme organized by the Union.

Ebony’s Driver Was Paid To Kill Her – Pastor Reveals