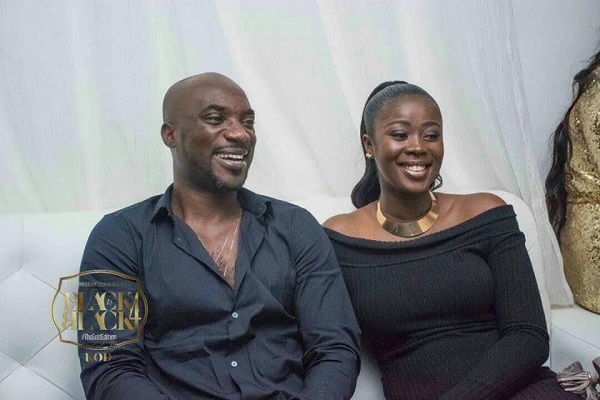 Frema, who is a divorcee with two lovely kids, still bears Ashkar’ which happens to be the name of her ex-husband.

Various rumours popped up ever since celebrated Highlife Musician Kwabena Kwabena’s second marriage to Abena Owusuaa ended. Frema Ashkar who is currently Kwabena Kwabena’s manager has been at the centre of the ‘Tuamudaa’ hitmaker’s second divorce saga as she was alleged to be the woman currently warming Kwabena’s bed.

But after all the speculations that circulated within the showbiz fraternity that they were dating, Frema who has constantly refused to publicly respond to the allegation finally responded by debunking that assertion on Angel TV’s program ’The Purple Room”.

According to information, the sweet looking television face and the manageress of Kwabena Kwabena is set to marry; hence the reason to announce the newest sir-name.

Razzonline.com cannot ascertain the man the ‘Good Morning Ghana’ hostess will be marrying, though Kwabena Kwabena’s name has again popped up.

Frema Ashkar, gained prominence during her stint as a news caster at TV3 but she is now ‘Good Morning Ghana” hostess on Metro TV.