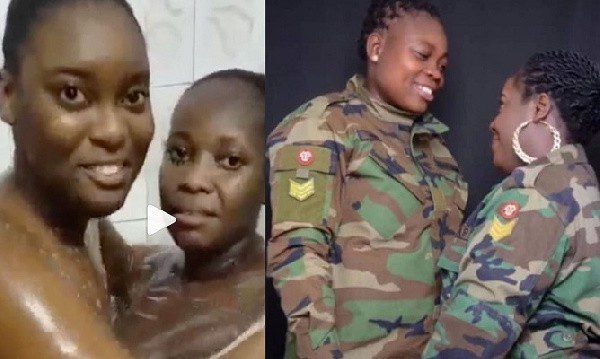 A romantic video of two lesbians (one a soldier and the other a civilian) who recently got ‘married’ has hit the internet.

News of the lesbian couple getting married has been the talk of town due to the fact that homosexuality is outlawed in Ghana and homosexuals are generally stigmatised.

The viral video showed the lesbians having an intimate time in a bathroom. Both are completely naked and hugging. They are also seen kissing and smooching each other passionately and then having sexual pleasure in the video.

The facial expressions show that they are aware that a video is being taken and they smiled to the camera and laughed romantically.

The soldier, rumoured to play the role of the man in the relationship, after their alleged marriage has been facing disciplinary proceedings from the Ghana Armed Forces. 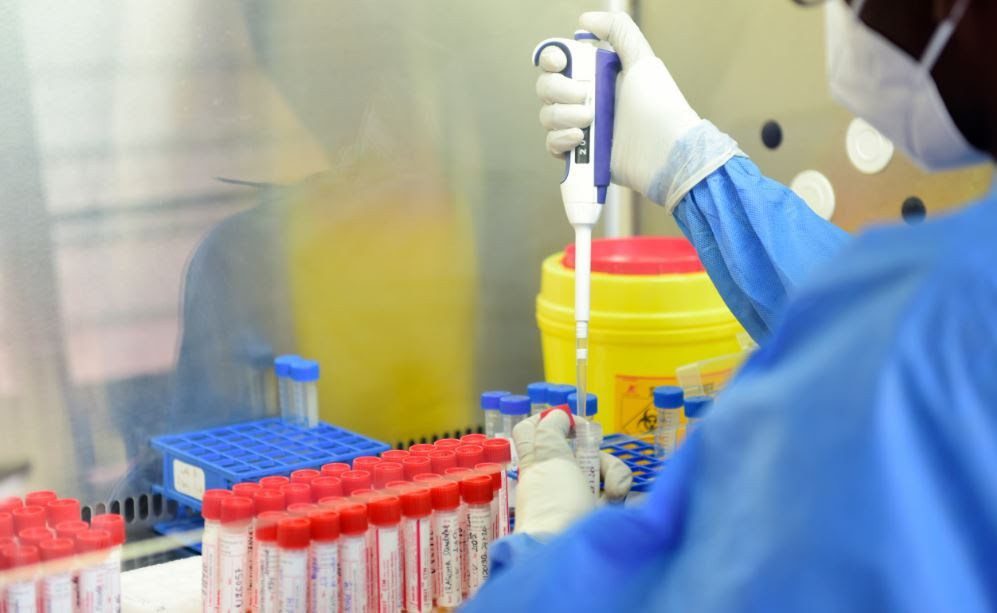