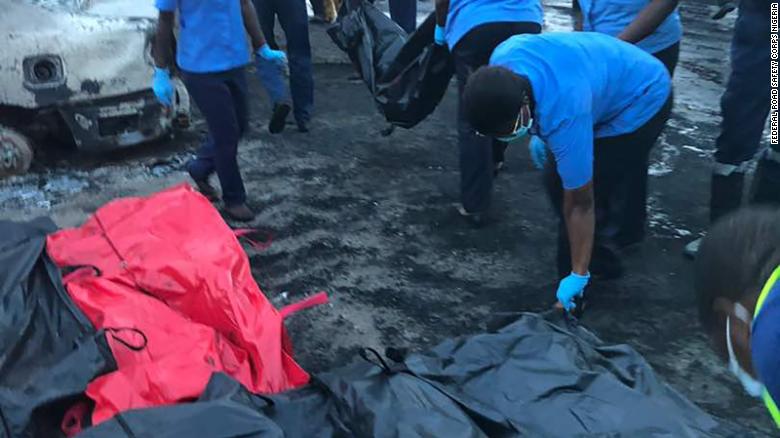 The tanker crashed into a passenger car and caught fire on a busy bridge about 5 p.m. on the Lagos Ibadan Expressway, a route used by commuters living on the outskirts of the city. 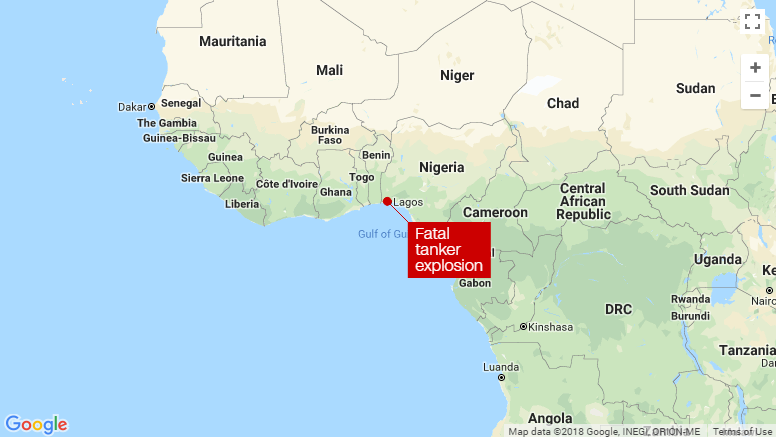 The death toll was expected to rise, as 54 vehicles were burned but response teams tryed to rescue people trapped in the fires.
“We are still battling this fire, and rescue teams are trying to access the bridge. Many people are trapped in the fire as we speak,” Adesina Tiamiyu, who heads the Lagos State Emergency Management Agency, said in an interview.
Oludare Adodo said he was crossing the bridge on a commercial bus when its driver suddenly stopped and told passengers there had been an accident involving a toppled tanker.
“Petrol started leaking. A bus ran into it. The fire hadn’t started then a car ran into the bus which caused the fuel to ignite. Suddenly I heard a loud ‘bam!’ ” he said.
“In the distance, I could see several vehicles trying to maneuver and turn back on the road,” he said. “Some folks were abandoning their cars and running, and those closest to the tanker were simply merged into a wall of red.” 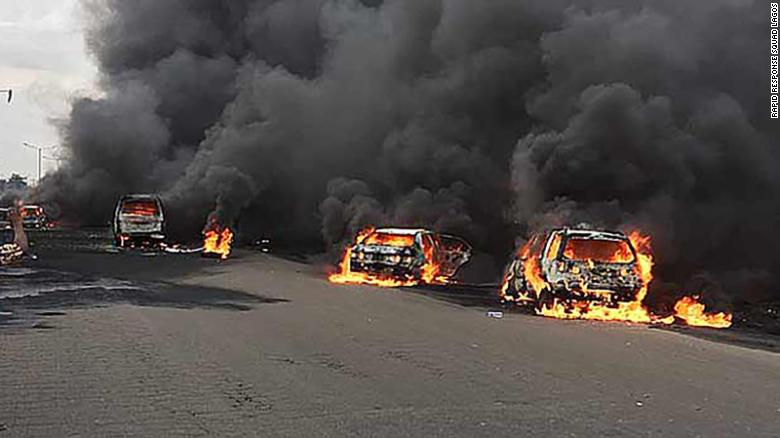 Adodo said passengers quickly exited the bus after seeing the cars and tanker engulfed in flames.
“People at the front started scrambling to get out,” Adodo said. “The conductor was gone in a jiffy. Those in the middle started climbing through the windows.” 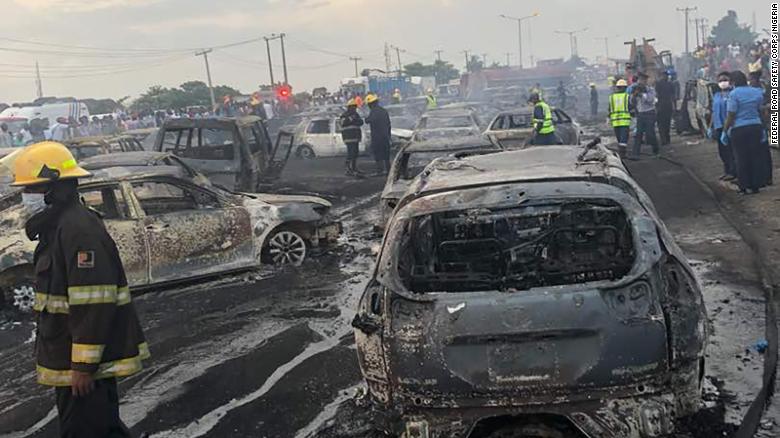 Muyiwa Bammodu, who lives near the scene, said he saw victims being ferried on motorcycles to receive treatment.
Oil tanker accidents are common in Nigeria. Last October, 20 cars and four commercial motorcycles were burned when a tanker spilled petroleum on a busy road. 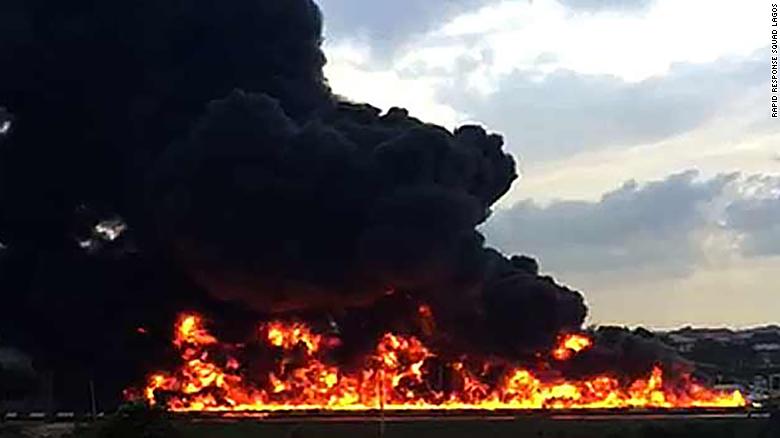 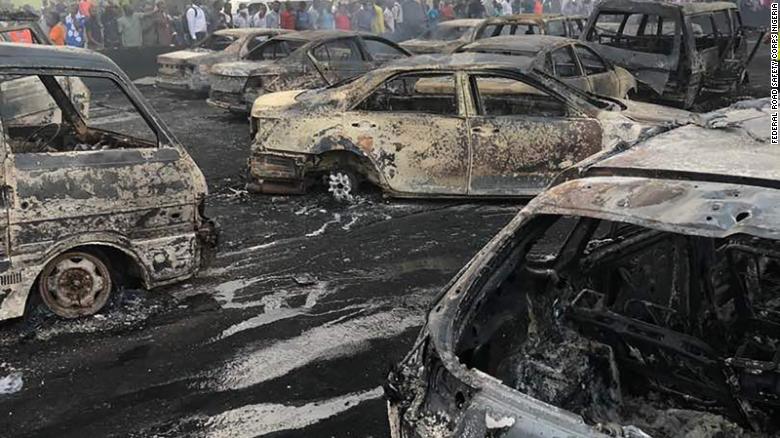