Some of the faces behind the $72 million Social Security and National Insurance Trust (SSNIT) scandal that has set tongues wagging are beginning to unravel. 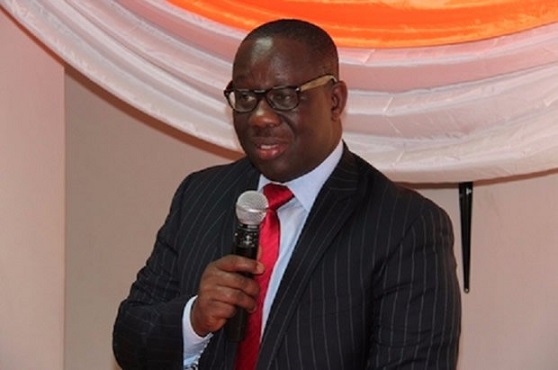 In what can be seen as a clear case of conflict of interest, a source has told DAILY GUIDE that the head of the troubled biometric project dubbed, Operation Business Suite (OBS) at SSNIT is allegedly in a relationship with the vendor whose company was contracted to install the OBS software.

The contract was awarded to Perfect Business System/ Silver Lake Consortium in 2011 during the Mills/Mahama-led National Democratic Congress (NDC) administration at an initial bidding cost of $27,610,791, but by 2016 the total cost had ballooned to $66 million and now $72 million, although the installed OBS software is not running as expected.

The company was one of the highest bidders but SSNIT settled on it, looking down on lower bidders with potential value for money indicators.

The head of the OBS project is John Hagan Mensah, a confidant of the immediate past SSNIT Director-General, Ernest Thompson, who is said to be very close to Juliet Kramah, CEO of Perfect Business System.

Unconfirmed sources believe that the Perfect Business System boss has strong links with the powerful former first family, and it is alleged that invoices emanating from the private firm appeared to have gone through without any serious queries at the Trust.

According to the sources, on December 9, last year, Mr Ernest Thompson allegedly ordered the payment of $9 million to Perfect Business Systems after the NDC had lost the election in 2016 and was on its way out of power.

SSNIT allegedly agreed to pay $4 per card that was to be issued to pensioners in the contract but the amount increased miraculously to $7 and the Trust ended up paying the private company $7.1 million for one million cards.

According to sources, the whole project was not based on SSNIT’s requirement and that the vendor reportedly came in with an already prepared provident fund system in order to modify it for SSNIT – which runs social security.

The provident fund modification was not SSNIT’s idea but the decision of the project manager and the private firm.

The sources said when SSNIT requested for thumbprint devices that could scan all the 10 fingers at once, the vendor provided single-finger devices and therefore, a contributor registering needed to put the fingers on the device one at a time, thereby wasting productive hours.

“When staff complained, it was never provided. Meanwhile, SSNIT paid for the 10 devices at a whopping cost,” source intimated.

The source said the vendor could not provide the OBS software but rather brought a batch system where a client could only see his/her data reflecting after a day, saying “SSNIT staff cannot work 24 hours because every staff is asked to sign out of the system after 5pm else the whole SSNIT or that SSNIT branch cannot work the following day.”

There were several outstanding issues, according to the source, that needed to be sorted out regarding the OBS project; and anytime the company was asked to correct a defect it allegedly asked the Trust to pay hefty bills.

The source said SSNIT caused the transfer of qualified staff who had deep insight into the OBS project and brought in the Director-General’s alleged lackeys, including the head of IT, Caleb K. Afaglo – who has been caught allegedly using fake degree.

Already, details have emerged about how officials of SSNIT inflated prices in the contracts for the automation of the Trust’s systems; the total sum of which is now hovering around $72 million.

Bright B. Simons, the Director of Development Research at IMANI-Ghana, a think-tank, and Coordinator of the mPedigree Network, has described the massive over-pricing as ‘crazy deal.’

“They want us to believe that they bought it for more than $500,000. Are you crazy? We don’t lie about stuff like that…it is a catalogue matter,” he said on Joy FM in Accra

It even emerged that SSNIT’s Senior Corporate Law Officer, Jaezel Orleans-Lindsay, wrote to warn the Trust’s management against certain aspect of the contract that was being exploited by the private company.

“What it means is that SSNIT will have to pay the annual SLA fee of $2,000,000. Immediately upon signing the agreement (to cover for September 2104 to September 2015) and pay another $2,000,000 in September this year – when in effect it would have just received 9 months of service under the SLA instead of the contractual 2 years. This is objectionable!” the lawyer said in a letter to his bosses on January 16, 2016.