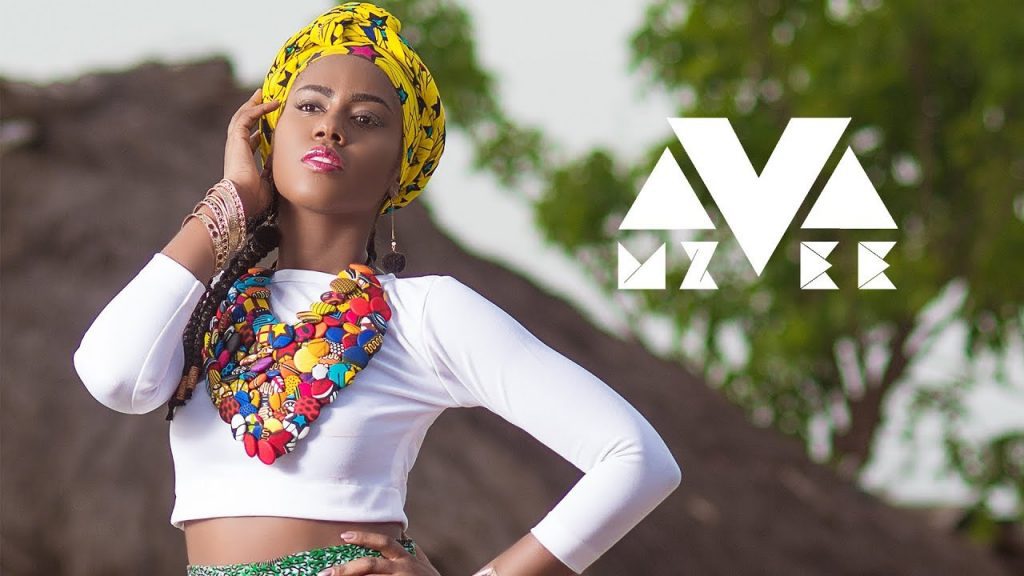 The singer released an official letter detailing a mutual agreement between herself and Lynx Entertainment.

Born Vera Hamenoo-Kpeda, Mzvee’s announcement comes at the back  rumours that her relationship with members at the label has gone sour while others claimed the singer had gotten pregnant hence took a break to focus on herself and giving birth.

Weed is not good for me – Fantana

In the first letter, MzVee wrote to her Lynx Entertainment, informing them of her decision to quit being an artiste under their label. She described her eight years of working with the label as an amazing journey and thanked them for helping her grow as an artiste. 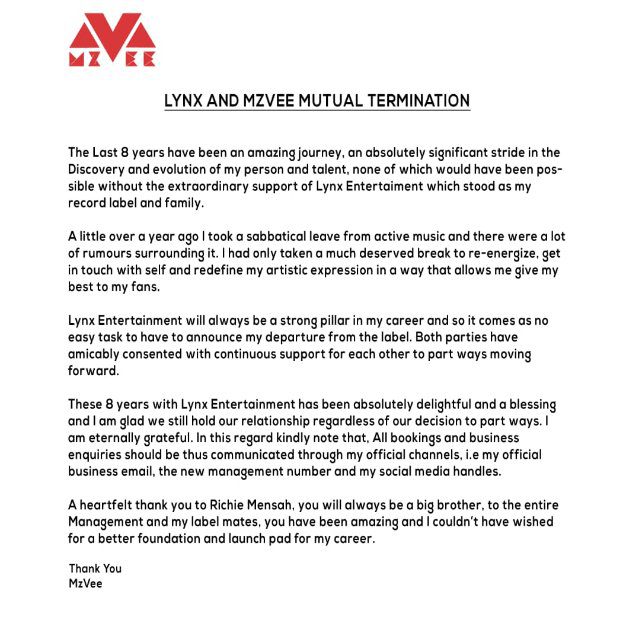 MzVee also revealed how there were rumours about her resignation when she actually went on leave from music. She expressed excitement in having a good relationship with management of Lynx Entertainment even though she has resigned.

In the second letter, management of her Lynx Entertainment also expressed agreement to MzVee resignation from the label. They admitted that fans have been waiting to hear the fate of MzVee and her future with their record label. 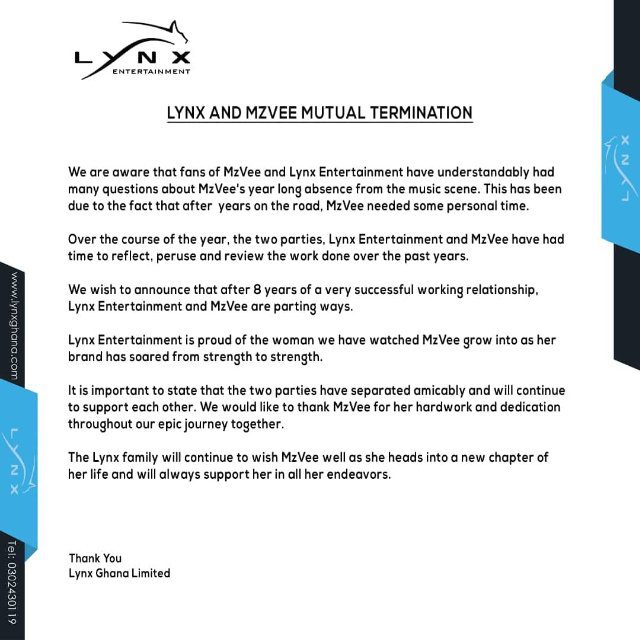 Meanwhile, Lynx Entertainment noted in the letter that the two parties separated amicably and will continue to support each other. They expressed pride in the ‘tip-toe’ singer, claiming that they are excited to have watched MzVee grow as her brand soared from strength to strength.

'Blanket man' who was caught sleeping with Afia Schwar revealed 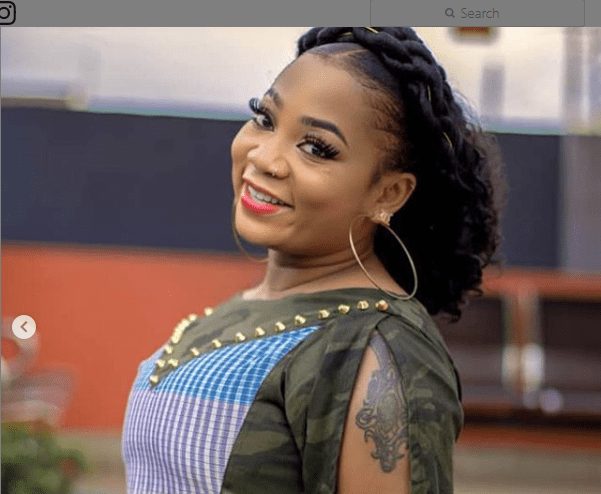