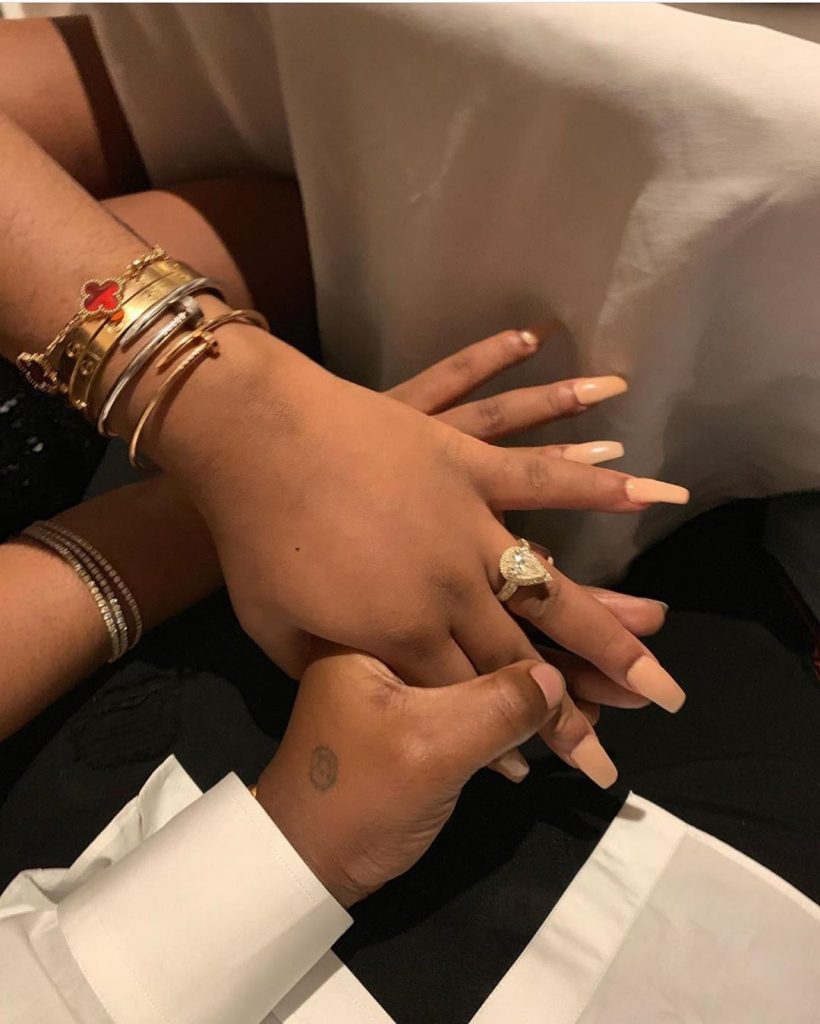 About a week ago, Chioma took a major step in her relationship by introducing Davido to her family.

Just today, September 12, Davido has finally completed the first phase of his assurance to Chioma by putting a ring on it in London where the couple are currently enjoying vacation.

Davido, a huge lover of jewelry went in big getting his lover a beautiful big gem that will probably last her a life time.

The huge diamond designed by Dorgu on Chioma’s finger, was captioned in a photo: “SHE SAID YES!!!! BIG ROCK  #ASSURANCE2020”.

Chioma also shared the photo on her Instagram page with caption, “ I love you @davidoofficial (You didn’t even let me wax yet )”.

Davido also announced that he will tie the knot with his longtime girlfriend next year in a plush ceremony. Chioma has been rumoured to have given birth to a baby boy at a location in London where the couple are currently attending to the new born baby.

Ice Prince to delve into politics after music