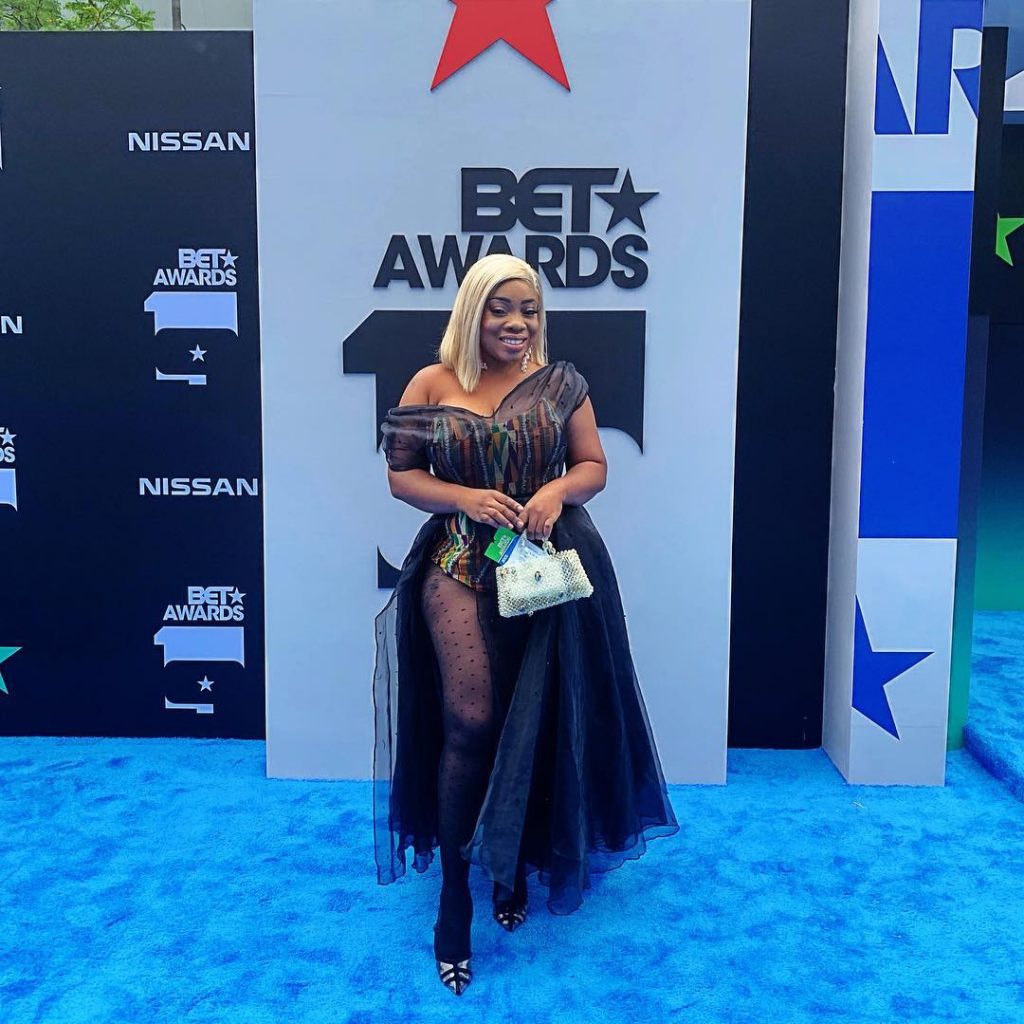 Ghanaian actress and photo model Moesha Boduong has appeared in the news once again for a wrong reason.

The socialite who seem to be promoting Ghana in her outfits in the states is not entirely happy looking at the video spotted by NetbuzzAfrica.com where Moesha Boduong was embarrassed during a photo booth moments at the just ended BET Awards which came off on Sunday, June 23, 2019.

The footage below shows the heavily-endowed photo model been asked to leave the red carpet stage for exhausting her time although she was seen posing nicely for the cameras.

Moesha stood at the photoshoot booth mounted for the event, however, a voice from the background ordered her to stay off the stages. She simply answered saying “ahh okay.”

Looking beautiful in her Ghanaian see-through prints, Moesha didn’t seem to be getting the best attention at the awards ceremony yet.