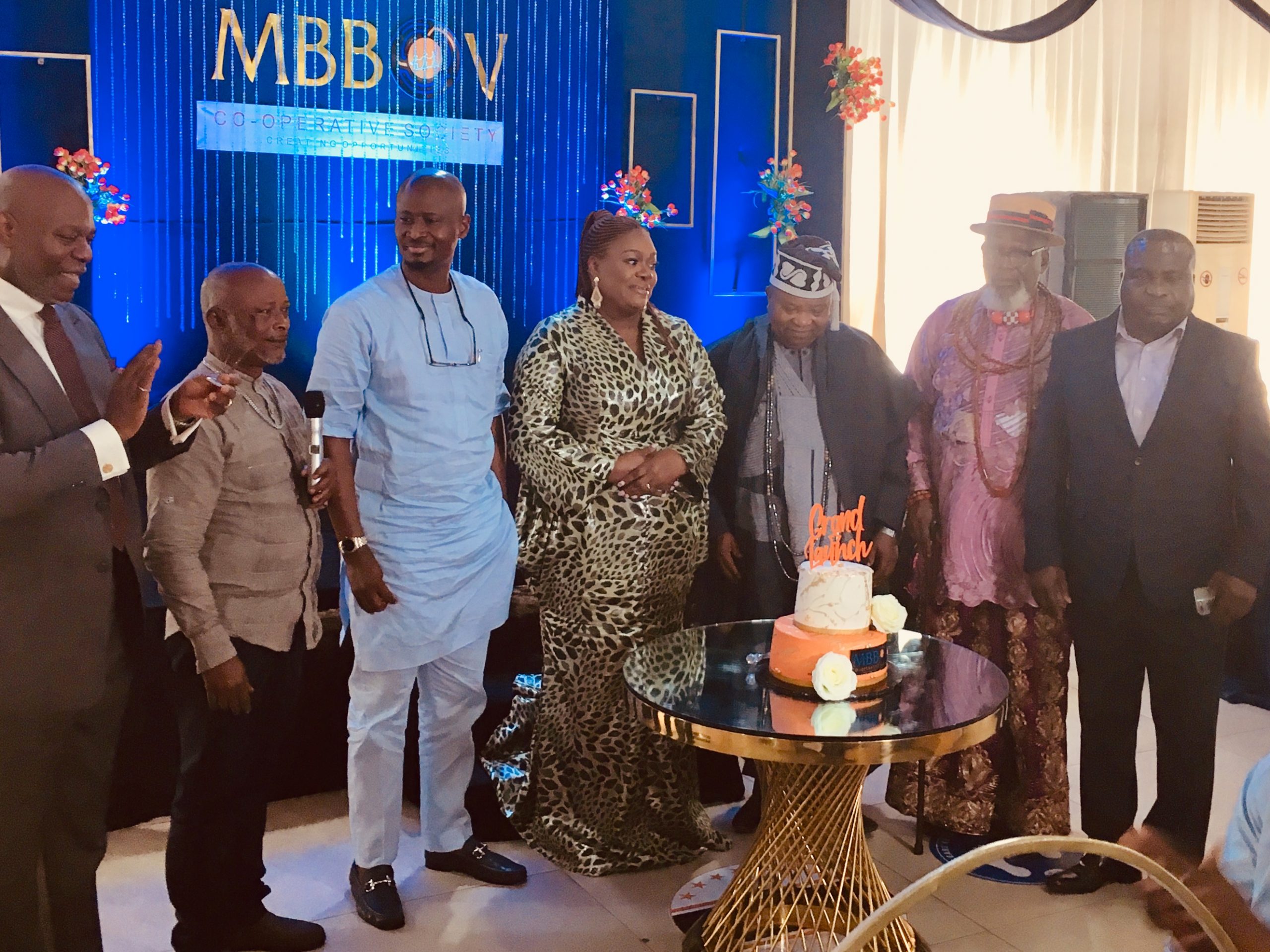 MBBOV Co-operative Society launches its 14th branch in Nigeria. The multipurpose co–operative society established to coordinate young professionals and entrepreneurs in organizing a pool of private funds is also looking at Ghana and other African countries.

Nigeria’s fastest-growing microfinance company, MBBOV Co-operative Society, celebrated its 3rd anniversary in Lagos at Sheba Event Centre in Ikeja Friday, 30 October 2020. It was also a day to celebrate the launch of its 14th branch in Nigeria.
And the star of the day was the founder of MBBOV Co-operative Society and the CEO of the company, UK-based Valerie Ayodele (Mrs.) who stormed the venue, with an array of top business people, from the United Kingdom (UK).

Mrs Valerie Epkitete Ayodele hails from Uwvie Local Government Area of Delta State, the second child in a family of five children. The only girl child of the family, she showed signs of being industrious early in life.
A seasoned entrepreneur, she attended St. Ita’s Girls Grammar School where she acquired her secondary school education and thereafter in her educational pursuit proceeded to London South Bank University where she bagged degrees in banking and finance as well as Urban and Environment Planning.

Dignitaries at the event on Friday were: Honourable Abike Dabiri-Erewa, Chairman/CEO, Nigerians in Diaspora Commission (NIDCOM). She was ably represented by Ayodele Akinribido, a Chief Diaspora officer based in Lagos; Charles Khiran, UK-based Inspirational/Leadership Speaker; Barrister Festus Keyamo (SAN), Minister of State for Labour and Employment who was also ably represented by a Senior Professor of Law at the University of Lagos, Professor Joseph Abugu; Chief Bimbo Roberts, Chairman, Nigerian Diaspora Direct Investment Summit (NDDIS), the Iyaloja of Computer Village with her entourage amongst others.

At the event, Mrs. Valerie Epkitete Ayodele told the story of how she conceived the idea after working in financial institutions in the UK and how she stepped out to begin despite the various discouragements she faced. Among which was that she was told that it is not safe to give loans that people hardly repay. But here she is with her 14th branch and fully 90% loans fully collected.

The General Manager of the Co-operative, Ugbewanko Odafe also spoke of the strides that the organization is making. He said that more and more places are calling for new branches which will all come to pass. He confirmed what the CEO said that they were giving out loans throughout during the Covid-19 period and were also getting payments.
Chief Bimbo Roberts also spoke and recalled the first time that Mrs Valerie Epkitete Ayodele made her presentation to Nigerians in Diaspora at the Nigerian High Commission event in London, and how bold and convincing she was and the takeoff of MBBOV Co-operative Society.

Valerie is married to Mr Bolaji Ayodele, she is a mother of four who has been in the Diaspora for about 34 years.
She has contributed in no small measures to the development of the society through her numerous NGOs which has culminated in bringing many out of penury into financial freedom. She is already looking forward to opening more branches in Nigeria and in Ghana, which is Nigeria’s neighbour.

Asante Kotoko in talks with Hyundai over partnership deal - Reports

Ginimbi and Mimie Moana involved in a fatal accident