NetbuzzAfrica.com earlier reported the fatal car crash of flamboyant Zimbabwean socialite and businessman Genius Ginimbi Kadungure who was returning from his girlfriend’s birthday party in Harare.

Ginimbi, a businessman and socialite who is a frequent traveler to South Africa, and three other people have been confirmed dead in the early hours of Sunday morning when his purple Rolls Royce collided with a Honda Fit in Harare.

“The accident occurred this morning [Sunday] along Borrowdale Road and it is alleged that Kadungure died on [the] spot. We are still gathering more information on the issue,” Nyathi was quoted as having said.

The petroleum trader was 36 years old.

Zimbabweans took to social media on Sunday, expressing shock over the “untimely” death of the Pioneer Gas boss.

“This is unbearable. A young man who worked hard and enjoyed hard is no more! The flower has wilted! Go well Boss Ginimbi. MHDSRIP,” said Kasukuwere, who fled to South Africa as former president Robert Mugabe was deposed.

Kadungure’s Rolls Royce collided head-on with the Honda Fit and then veered off the road and smashed into a tree before catching fire.

Eyewitnesses who were at the scene revealed how they managed to grab Ginimbi out of the vehicle but there was little time as the vehicle caught fire exploding the entire party crew.

Ginimbi died five minutes later after the explosion. Two of his friends were identified only as Karim and Alichia, and the third, Mimie Moana who happens to be his lover.

As he gets into the waiting vehicle, Kadungure tells his followers he is “driving [a] Rolls Royce Wraith”. The video, also shared by ZimLive, cuts out as the hit song “Hello” by Kabza de Small and DJ Mapholisa blasts from the US$500000 motorcar’s sound system.

Ginimbi And His Death Preparedness: New Cars, Last Wishes + Coffin Secured A Week Before His Death

Kadungure was a cousin of Mary Mubaiwa, the estranged wife of Zimbabwe’s Vice President Constantino Chiwenga. In the past, Kadungure has been repeatedly arrested by the ZRP for tax evasion as he allegedly under-declared the value of his numerous high-end vehicles when importing them from South Africa into Zimbabwe.

Earlier this year, he added a new Ferrari 488 Spider, valued at US$350 000, to his fleet. A few weeks ago, Kadungure turned heads in Zimbabwe’s capital city when he purchased a Lamborghini Aventador S Roadster worth US$600 000 and a coffin.

Sources close to the family told NetbuzzAfrica.com that Ginimbi wishes to turn his luxurious home into a hotel when he dies. It’s unclear when this wish was made but buying new fleets and storing a coffin in a spare bedroom a week before his death, means he saw this coming and prepared well for it.

Glitz Style Awards 2018: All the celebrity glamor you missed [Photos]

Bulldog is not my friend – Kwaw Kese 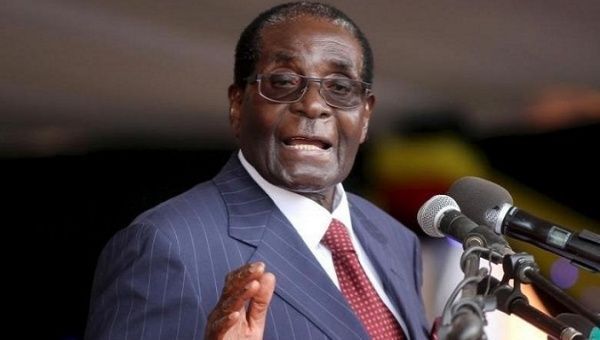