In a trend where Kenyan men are getting married to other men in countries whose laws allow it, a man has tied the knot to another man in a grand ceremony where he shares his joy. 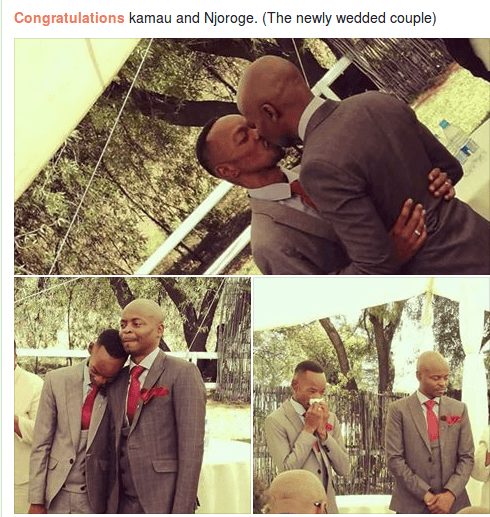 The two men who recently got married on Saturday afternoon have been spotted back in Kenya sharing their happiness with friends.

The newlyweds Kamau and Njoroge who decided to get married sparked a conversation in the country, but the two love-birds decided to ignore the naysayers and go ahead with their ceremony

Soon after the event, the two were seen at the Square’s gardens kissing and fondling in public as friends and family members cheered. 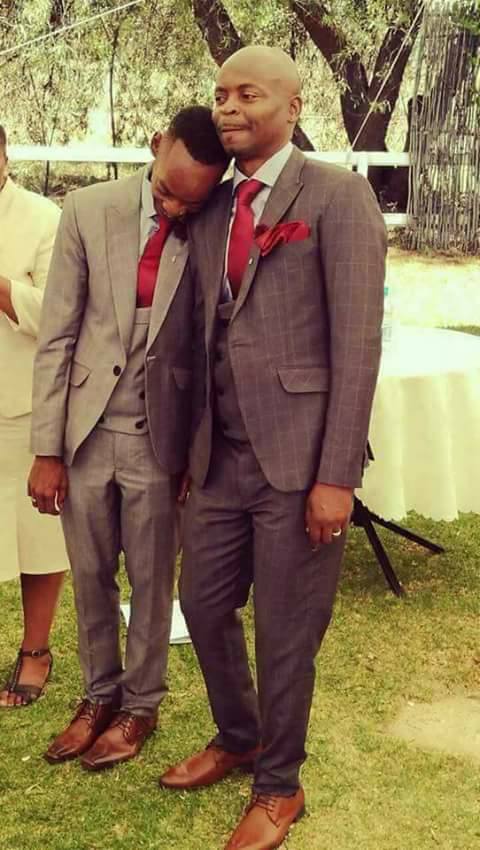 However, a respected marriage and family counsellor in Kenya immediately criticised the wedding.

Sex acts between men are illegal under Kenyan statutes and carry a maximum penalty of 14 years’ imprisonment, except 21 years in certain aggravating circumstances. Sex acts between women are not mentioned specifically in those statutes, although it is arguable that the gender-neutral term “person” in Section 162 of the Penal Code includes women.

Check out their photos below. 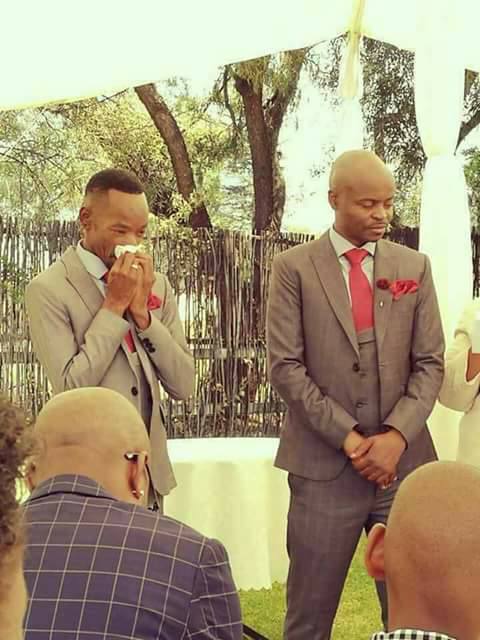