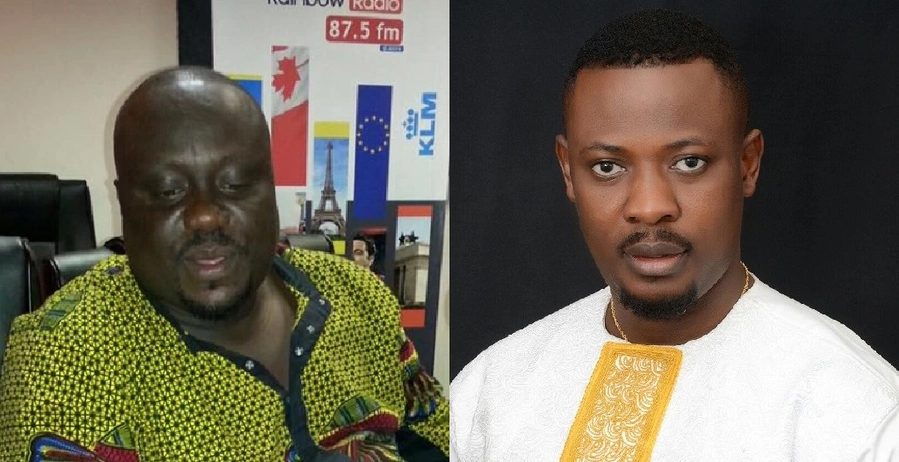 The owner of Oxy FM, Alfred Kwame Larbi has made damning allegations against popular man of God, Prophet Nigel Gaisie in a latest interview where he labeled the prophet as a fake man of God who sleeps with married women.

In the videos, Larbi who is popularly known as DJ Oxygen is seen claiming to know all the secrets of the prophet and will be spilling them if he does not shut up. “I did not want to expose you because you begged me. You pleaded that you are an Akuapem, so I should not expose you. But if you don’t know and you go on radio to speak ill of me, I will expose you,” he said.

DJ Oxygen further revealed that Nigel’s prophecy about Ebony‘s death was fake as he only wanted to have a chance of sleeping with the late singer.

“Prophet Nigel is a womaniser and unfaithful to his wife. He (Nigel) bought his mistress who is a secretary in his church a 4X4 car while the legally wedded wife walks on foot.”

“He has slept with eight women in his church and they are scared to come out. Even after being invited by one Rev. Harisson who is popularly known as Apostle to grace his church, Nigel slept with a married woman there.”

Similarly, DJ Oxygen alleged, Nigel slept with the wife of Action Chapel branch pastor in Kumasi and destroyed their marriage. He has, however, warned Nigel to refrain from insulting ‘men of God’ like Reverend Isaac Owusu Bempah or have him reveal more of his dirty secrets.

Dj Oxygen who was speaking in an interview with Amankrado on Virginia based radio station Sankofa radio.