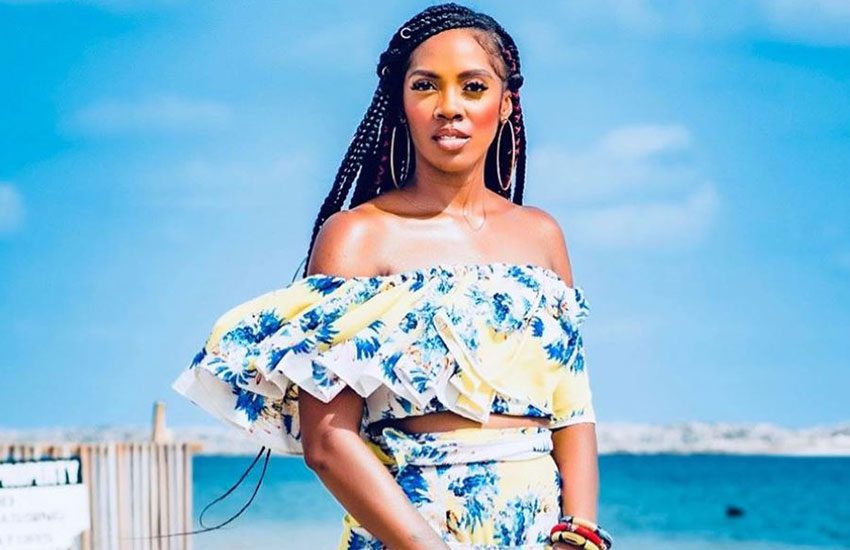 The organisers of the 2019’s DStv Delicious Festival have responded to Nigerian singer Tiwa Savage’s decision to boycott the event in protest over the xenophobic attacks erupting across South Africa.

The widespread looting and violence erupted across various parts of South Africa as locals and foreigners clashed days ago.

Unhappy Tiwa Savge took to microblogging site Twitter on Tuesday to slam the alleged “barbaric butchering” of her Nigerian people in South Africa and said she would no longer be performing at the event as scheduled.

In a statement issued to respond to Tiwa, the organisers, DStv Delicious International Food and Music Festival said they were aware of her decision and were in discussions with her management.

“DStv Delicious International Food and Music Festival is aware of Tiwa Savage’s tweet, and is in discussions with her management. As a festival, we have always been an inclusive event with our gates open to everybody, irrespective of where they come from.

“We do not tolerate any form of discrimination and will continue to ensure that the festival is a safe and inclusive place for all,” the statement read.

Tiwa said the death of any African should be condemned and stood firm in her stance.

The decision sparked fierce debate on social media, with local rapper Nadia Nakai slamming Tiwa’s tweet and warning that it could further fuel tensions between the two countries. 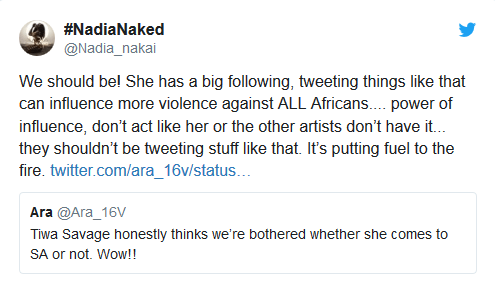