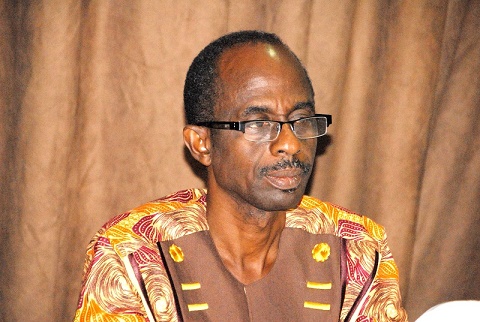 If President Nana Akufo Addo signs the bill into Law, it will create an office to take the power of prosecuting corrupt public officials from the Attorney General to the “Special Prosecutor”.

Nana Akufo Addo in the heat of the 2016 electioneering campaign promised to create the office of Special Prosecutor to bring corrupt officials to book.

Addressing party faithful at the 36th Anniversary Celebration of the 31st December Revolution held in the Volta Regional Capital, Ho, Asiedu Nketia said the NDC is ready to dance in the same glass bowl as the New Patriotic Party and their appointees.

“As long as we can be sure that the justice-seeking means are blind to party affiliations, we in the NDC are ready to stand by the NPP to prosecute corrupt public officials.

“Parliament has done its bid by passing the law, all we are asking from our colleagues is to tell the president to sign it into law”, he said.

“We also thought the Right to Information Bill will also be passed,” he said.

He also took a jab at the government for settling on August 4 as founders’ day.

“31st December will be a better public holiday than August 4 because the values of the revolution which are probity and accountability should guide all of us; it is not just about celebrating Rawlings,” he said.

What is 31st December Revolution about

The PNDC was an amalgamation of the Armed Forces Revolution Council (AFRC) which on 4th June 1978, deposed the Supreme Military Council (SMC) II, and handed over power to Liman’s government after successful general elections.

The PNDC conducted the affairs of the country from 31st December 1981 until 3rd January 1993, when the country was returned to constitutional democracy and reigns of government handed over to the Rawlings led NDC government after peaceful general elections.