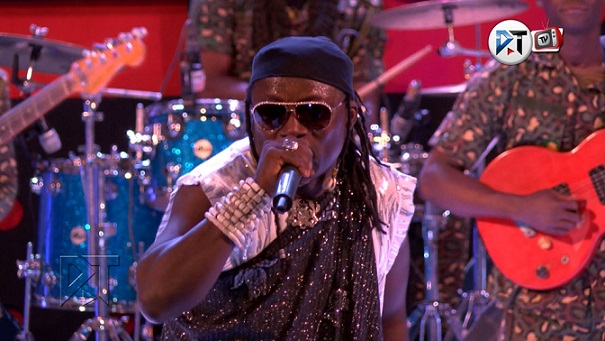 Highlife legend Amandzeba Nat Brew has been honoured at an event dubbed ‘Dinner With The Stars’, held at Oak Plaza Hotel in Accra on August 4.

Organised by the management of Oak Plaza Hotel with sponsorship from MTN, the event was aimed at honouring Ghanaian living legends and promoting excellence in the entertainment industry.

The first edition of the event had KK Fosu as the honouree.

During the ceremony, Amandzeba was given a Samsung Galaxy S8 smartphone and a key to the Oak Plaza Hotel in the symbol of a horse and other souvenirs from the sponsors.

Speaking at the ceremony, the Managing Director of Oak Plaza Hotel, John Maddison, said Amandzeba is a true legend who needs to be celebrated while alive, underscoring that “we will not wait for him to pass on before we honour him. He deserves this.”

Amadzeba later took to the stage and performed some of his classic pieces like ‘Maria’ and other hit songs such as ‘Dede Misuumobo’, ‘Wogbe Jeke’, ‘Opioto Datsor’, among many others.

He surprised the audience with his energetic performances while interacting with them.

Ebony Reigns’ funeral to be held at Black Star Square