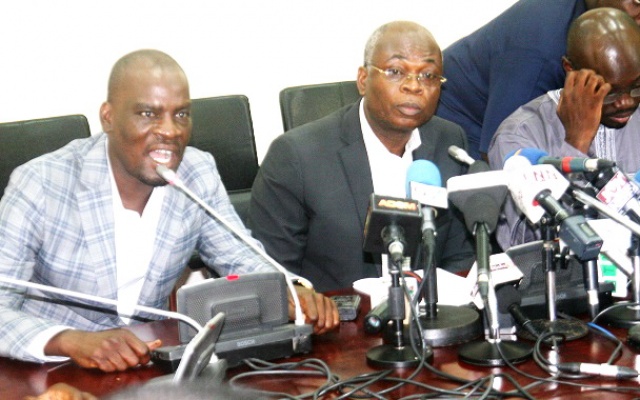 $2.25bn Bond Saga: Fire Ofori-Atta, Minority to Akufo-Addo Minority Leader Haruna Iddrisu urges.
The Minority in Parliament has accused Finance Minister Ken Ofori-Atta of flouting rules and guidelines of the Bank of Ghana (BoG) as well as engaging in several infractions in relation to the $2.25billion bond issued by the government in 2017.

The Commission on Human Rights and Administrative Justice (CHRAJ) investigated the issuance of the bond following allegations of conflict of interest against Mr Ofori-Atta by the Minority and subsequently cleared him of any wrongdoing.

After studying the report, the Minority maintains that CHRAJ has raised various concerns which raise questions about the legitimacy of the issuance of bond.

At a press conference on Wednesday, 31 January, Minority Leader Haruna Iddrisu stated that the highlights of CHRAJ’s findings indicate that the issuance of the bond contradicts BoG’s own rules surrounding the sale of bonds.

“On receipt of the second-quarter issuance calendar at 12:31 PM on 30 March 2017, the Bank of Ghana made an announcement to the public on the re-opening of five-year and 10-year bonds with an indication that this must be submitted electronically through the auction model not later than 3PM on Thursday, March 30, 2017 and settlements will be on Monday, April 3, 2017.

Again, CHRAJ notes [that] this contradicts the Bank of Ghana’s own rules requiring the Bank of Ghana to announce periodically but not less than a week before auction, the amounts and specific details of the financial instruments available in the case the five-year, seven-year, 15-year bonds at the next auction and their maturity profiles”.

For him, the breach of the period of issue raises red flags which further corroborate the Minority’s earlier suspicion of conflict of interest on the part of the minister.

“So where is the transparency?” the Member of Parliament (MP) for Tamale South questioned.

He also added that the CHRAJ findings indict the Finance Minister of breaching aspects of the asset declaration law as well as deceit of public officers after he willfully concealed his interests/assets in several financial institutions.

The Minority, therefore, urged Mr Ofori-Atta “to bow out honourably” and also gave President Nana Akufo-Addo a the minister “as a matter of urgency”, failure of which they will invoke Article 82 of the 1992 Constitution to have him censured.