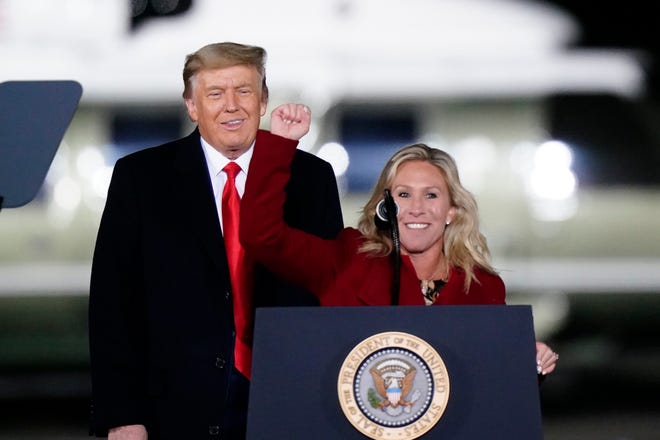 The US House stripped Rep. Marjorie Taylor Greene of all her committee assignments on Thursday in a forceful denunciation of her calls for political violence and peddling of far-right conspiracy theories — and 11 Republicans supported the push to punish the controversial Georgia congresswoman.

In a 230-199 vote, the House passed a four-page resolution that kicked Greene off her seats on the Education and Budget committees, citing her “appalling” support for killing Democrats and promotion of deranged conspiracy theories touching on anything from government cabals and pedophiles to school shootings and the 9/11 attacks.

New York Reps. Nicole Malliotakis, Chris Jacobs and John Katko were among the 11 Republicans who voted for the resolution, which was advanced after House Minority Leader Kevin McCarthy (R-Calif.) refused to reprimand Greene through an intraparty process.

Before the vote, House Majority Leader Steny Hoyer (D-Md.) walked over to the Republican side of the chamber’s aisle with a giant printout of a doctored photo Greene posted on Facebook in September of herself aiming an AR-15 assault rifle at the faces of Reps. Alexandria Ocasio-Cortez (D-N.Y.), llhan Omar (D-Minn.) and Rashida Tlaib (D-Mich.).

“I ask my colleagues on the other side of the aisle, when they take this vote, imagine your faces on this poster,” Hoyer said. “Imagine it’s a Democrat with an AR-15 — imagine what your response would be!”

But most Republicans did not heed Hoyer’s call and aligned themselves instead with Greene, who took to the floor earlier in the debate to deliver a speech that was part contrition, part defiance. 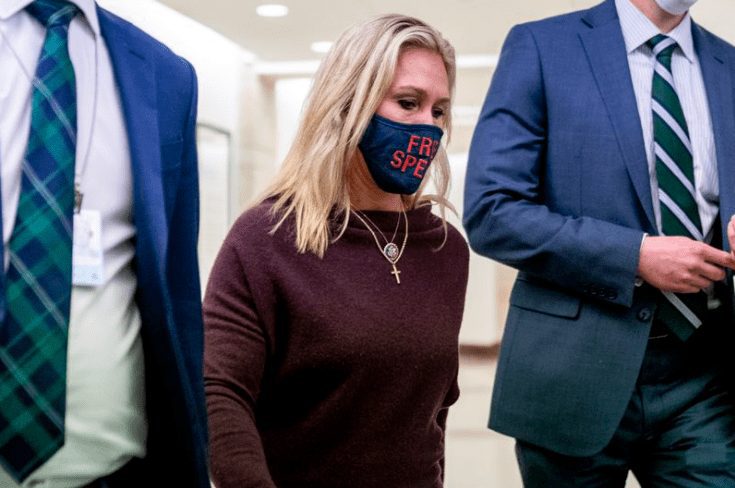 The freshman Republican claimed that, despite her numerous Facebook and Twitter posts to the contrary, she understands that the 9/11 attacks “definitely happened” and that school shootings are “absolutely real.” She said she only started believing crackpot theories about the tragedies being faked because of her lack of trust in “the government” and “big media companies.”

“None of us are perfect,” said Greene, who wore a blue face mask emblazoned with the words “FREE SPEECH.”

But Greene, an ardent Donald Trump ally, did not apologize for her promotion of QAnon or address her history of calling for the executions of House Speaker Nancy Pelosi (D-Calif.), former President Barack Obama, Hillary Clinton, and other high-profile Democrats.

Instead, she suggested she still believes QAnon holds at least a kernel of “truth.”

“Will we allow the media — that is just as guilty as QAnon of presenting truth and lies — to divide us? I hope not,” she said, equating journalists with adherents of a baseless conspiratorial belief system positing that Satan-worshiping, cannibalistic Democrats are running a global child sex trafficking ring that Trump is somehow on a covert quest to expose.

House Rules Chairman Jim McGovern (D-Mass.), whose committee drew up the anti-Greene resolution, said afterward that the Georgia congresswoman’s speech was “not an apology.”

“And to equate the media to QAnon is beyond the pale,” McGovern added.

Stripped of committee privileges, Greene’s ability to introduce and advance legislation will be highly limited.

But some Democrats said that’s not enough.

“I still think she should be removed from the House,” said Rep. Jimmy Gomez (D-Calif.), who has introduced a resolution to permanently expel Greene that is gaining traction among progressives.

Many Republicans speaking during Thursday’s debate sought to distance themselves from Greene, but argued against kicking her off committees because they claimed it would set a troubling precedent for how the House can punish members for remarks they’ve made before being elected.

McCarthy threatened that Republicans have a “long list” of Democrats that they’ll attempt to ban from committee service the next time they’re in the majority. “You’ll regret this, and you may regret this a lot sooner than you think,” he said. 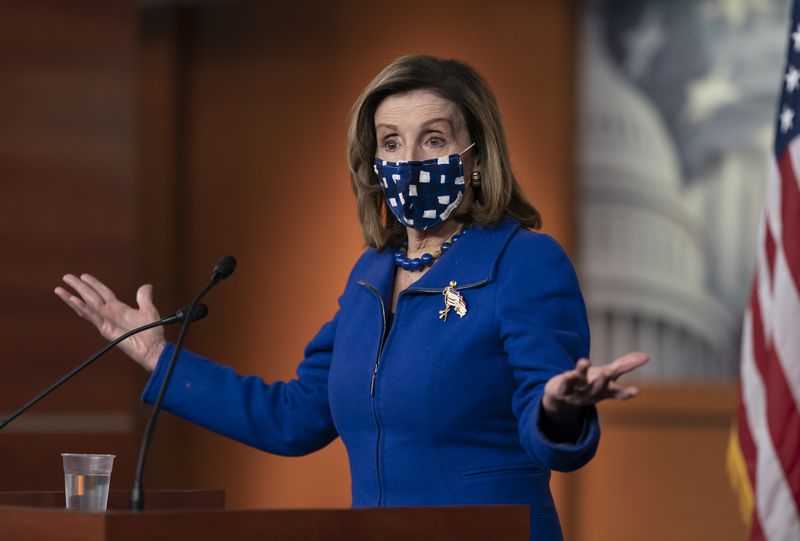 Pelosi — whom Greene has repeatedly said deserves “death” — told reporters before the vote she’s not worried about the precedent Democrats are setting and excoriated the Republican Party’s “acceptance of an extreme conspiracy theorist.”

“If anybody starts threatening the lives of members of Congress on the Democratic side, we’d be the first to eliminate them from committees,” Pelosi said at a press conference.

The Greene-rebuking resolution earned one more Republican vote than the article of impeachment passed by the House against Trump for his incitement of the deadly attack on the U.S. Capitol last month, signaling the former president’s iron grip on the GOP may be slipping now that he’s out of office.

Leading up to Thursday’s vote, Trump, whose Senate impeachment trial begins next week, urged Republicans to defend Greene despite revelations about her long history of endorsing political violence, and got on the phone with her to offer “100%” support, she said in a tweet. 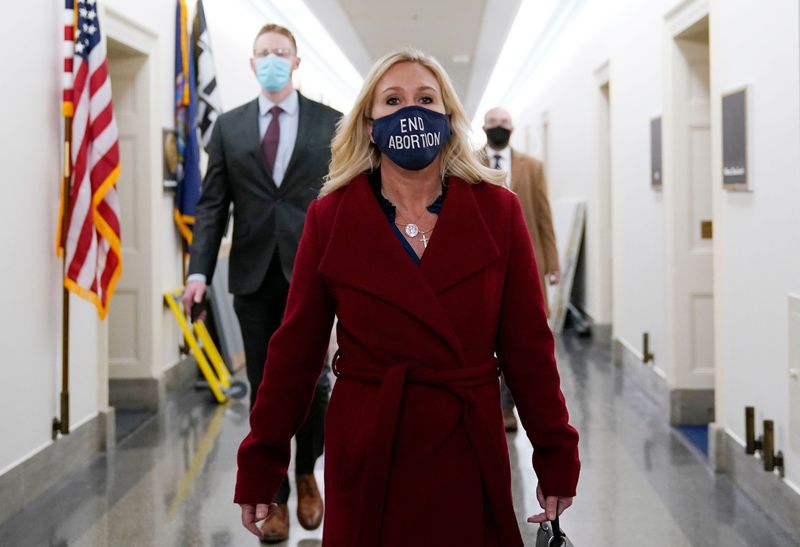 Since last week, it has been discovered that she liked a Facebook post in 2019 calling for Pelosi to get “a bullet in the head,” wrote “the stage is being set” in response to another post asking when they could hang Obama; claimed “Black people are held slaves to the Democratic Party;” accused survivors of the 2018 Marjory Stoneman Douglas High School shooting in Florida of being “paid” actors, and said wealthy Jews with space lasers are responsible for forest fires in California.

In his debate remarks, McGovern voiced incredulity that most Republicans are standing by Greene despite such revelations.

“The party of Lincoln is becoming the party of violent conspiracy theories,” he said, “and apparently the leaders of the Republican Party in the House today are not going to do a damned thing about it.”