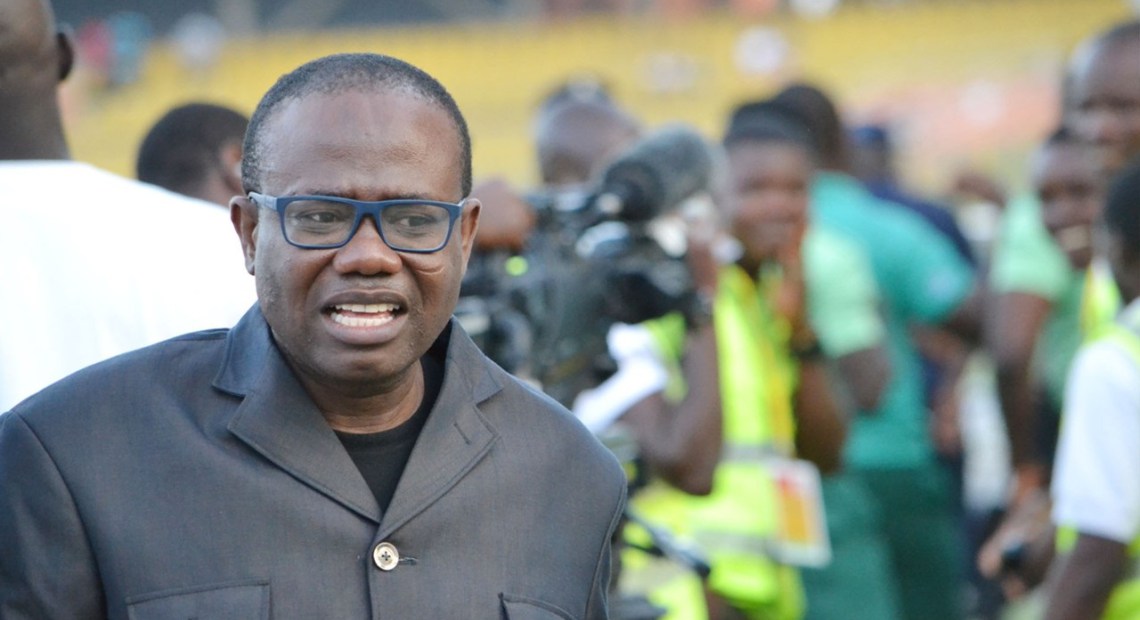 President of the Ghana Football Association,(GFA) Kwesi Nyantakyi would likely serve a term of between 15-20 years should he be convicted for his alleged crime.

A Deputy Chief of Staff, Samuel Abu Jinapor, confirmed this to presidential correspondents in the Jubilee House.

According to Mr. Jinapor, the president directed that Mr. Nyantakyi should be arrested by the Criminal Investigative Department, (CID) after watching the latest exposé of ace investigative journalist Anas Ameyaw Anas.

Below are the Top 8 high profile scandals Kwesi Nyantakyi has escaped.

In 2008, Nigeria Telecom Giants Globacom decided to sponsor the Ghana Premier League and the Black Stars.

According to popular Ghana cheerleader Abraham Boakye aka “One Man Supporter”, he had initially sold the idea to Glo which got the company interested.

One Man then informed Kwesi Nyantakyi, the FA president. Kwesi suggested they register a marketing firm which would be recognized as the official agent for the GFA/GLO sponsorship deal. This was a move to surreptitiously enjoy a 10% of the 15 million dollars.

In registering the company, Kwesi Nyantakyi used a different name (Nana Nimo) for fear of being cited for conflict of interest if he had used his real name. It is noteworthy that, he admitted in court to using the name Nana Nimo (FALSE PRETENCES, MISREPRESENTATION by the way).

One Man supporter travelled with the Black Stars for a friendly and before he returned, the deal had been signed. ABN demanded their share of the deal but the FA said another company (Midsea) had brokered the deal and thus given the commission.

Interestingly, Midsea was only a Construction company so it beats minds how they could broker the deal. Got more interesting when a Director of Midsea Professor Ewuarama Addy told Citi FM that her company had never brokered any such deal. Meanwhile, the 1 million dollar had already been paid by the GFA. To who?.

Further checks, revealed that the company did not even exist, but the money already been paid to them as the third party. One Man sued the FA and after three years of legal tussle, he lost. But accused Kwesi Nyantakyi of influencing the judges to swindle him.

In December 2010, a team of heavily armed government security operatives stormed the offices of the GFA in Accra, seizing workers, their mobile phones, dismantling computers and ordering no one to leave the premises.

The group had ordered to look into contracts the GFA had signed with other partners and also review how the FA spends government funds. The move was orchestrated by some bigwigs within the then ruling NDC, who had gotten wind that the GFA President, believed to be an “NPP Boy” had conspired with the previous NPP government to use parts of the FA’s World Cup and sponsorship monies to fund the NPP party’s campaign.

The NDC were hell-bent on replacing Kwesi with Abedi Pele at CAF because according to Koku Anyidoho, they noticed Kwesi was playing politics with the GFA.

In the aftermath, then FA Spokesperson Randy Abbey sought audience with the then vice president of Ghana John Mahama. Mahama interceded on the GFA’s behalf and ordered the leaders of the move to surrender.

The EOCO was sued by GFA and court fined the state anti-graft body to the tune of GH¢50,000.

In 2012, Ghana National Petroleum Company signed a 3-year deal to sponsor the Black Stars under the purview of the GFA.

The decision to sponsor the team was mooted by bigwigs within the NDC who saw the need to invest in the team following the exit of previous sponsors Goldfield Tarkwa.

The deal was announced by then President John Mahama and with GNPC as a para-statal company, it was rational no agent was involved

However, it was later claimed that a third party company, WEST HEAD, brokered the said deal and were entitled to agency fees of over $2 million.

Then Board Chairman of GNPC, Ato Ahwoi, denied the claims and said the decision to sponsor the Black Stars was purely the company’s and that no such 3rd party was involved.

Some members of the GFA took the GNPC to court demanding payment. Though this sake, GFA agents were expected to be investigated, nothing happened. That was the end of that.

In 2014, British newspaper The Telegraph and Channel 4, accused the GFA and Kwesi Nyantakyi of being involved in some shady deals to fix international friendly matches for the senior national football team, the Black Stars.

The newspaper claimed that “the President of Ghana’s Football Association agreed for the team to play in international matches that others were prepared to rig.” In the undercover investigative piece, the GFA boss was filmed agreeing to the company’s request to fix matches and influence referees.

However, two other persons implicated in the scandal, Obed Nana Kwame Nketiah, and Mr. Christopher Forsythe were accordingly sanctioned.

The biggest scandal to hit the FIFA World Cup was Ghana’s controversy-ridden campaign in 2014.

Meanwhile, there were only six, as one of them, Jordan Anagbla had passed on almost two almost 2 years to the tournament. Each member was due $85,000 but some admitted receiving on $20,000 from the GFA Boss.

When queried, Mr. Nyantakyi said he shared the money using a coefficient method, which later gained popularity in local parlance.

The GFA President was also to be investigated by way of Forensic Audit on how he received double payments for friendly matches. The Commission recommended that Mr. Nyantakyi be made to refund monies totaling over $4million to the state.

6.Refusal to pay SSNIT contribution of his players for close to 10 years

In November 2017, it was revealed that the Ghana Football Association President Kwesi Nyantakyi had refused to pay players of his Wa All Stars club their Social Security and National Insurance Trust SSNIT contributions ever since the club was formed.

All other 15 clubs, playing in Ghana’s top-flight league, had registered with SSNIT or taken steps to enroll on the scheme except the president’s club.

Even though the offence was punishable by law, the GFA boss had gone over 10 years without being apprehended.

SSNIT referred the matter to the Wa District Court and the court has duly issued a writ of summons but Nyantakyi had never made himself available to be served by the court.

In April 2015, An Accra-based businessman, Joseph Amoah was been arrested by the Accra Regional Police for allegedly defrauding Ghana Football Association President Kwesi Nyantakyi of over $800,000 under the pretext of securing him a government construction contract.

Amoah, popularly known as Joe is believed to be a long-term friend and a business partner of the Ghana Football Association boss and the two are directors of PRO-KN COMPANY LTD, a company registered by the GFA boss.

Sources told journalist Saddick Adams that both Amoah and Nyantakyi have collaborated in winning and executing several construction contracts over the years and have even completed a road and school project at Bole in the Northern Region in mid-2014.

Joe was tendering for building and construction contracts whiles Nyantakyi laid in the background providing the financial support in executing the contracts.

Amoah was arrested and arraigned before court for taking over GH¢2million from Kwesi Nyantakyi to finance a project he bid at the Ministry of Works and Housing to lay pipes and construct roads in the Western Region of Ghana.

Witnesses say the President of the GFA was at the Accra Regional Police headquarters last week when the suspect was arrested for investigation.

The suspect, according to investigations, failed to win the contract and has since failed to pay the monies back the GFA president, leading to his arrest. He is still on remand.

On Tuesday, May 22nd, 2018, President of Ghana, Nana Akufo-Addo ordered for the arrest of President of the Ghana Football Association (GFA), Kwesi Nyantakyi, for defrauding by false pretenses and influence peddling.

Nyantakyi is said to have been captured on tape in an investigative documentary by ace investigative journalist Anas Aremeyaw Anas.

Nyantakyi himself is not in the country at the moment, but reports suggest he will return to the country on Wednesday, May 23 and turn himself into the police.

The main documentary will be premiered on June 6, 2018, at the Accra International Conference Centre. 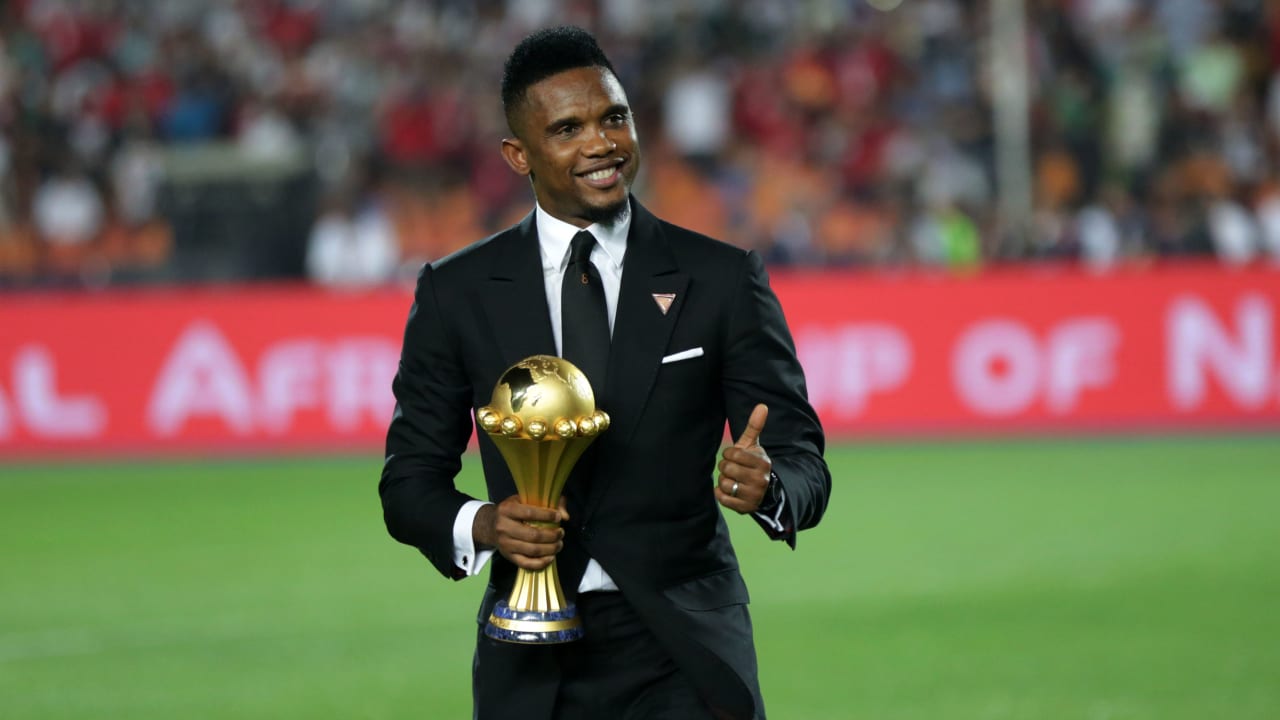