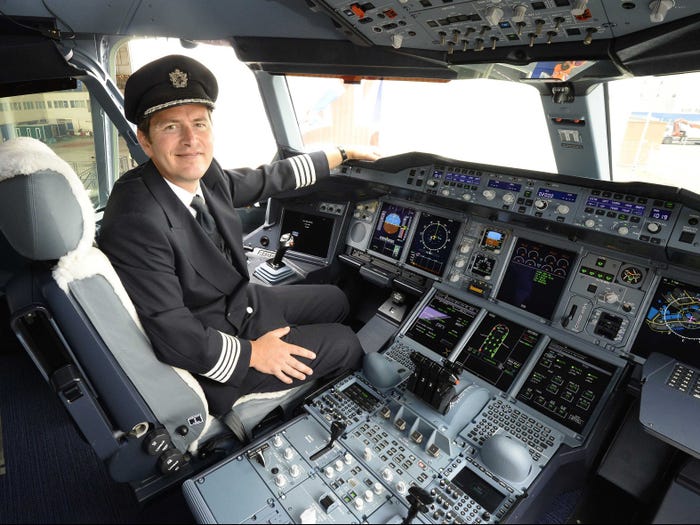 Sitting in a desk all day can be depressing and boring, but the sad truth is that the vast majority of high-paying, stable jobs require people to mostly stay chained to their cubicle – all day!

Using average salary data from the U.S. Bureau of Labor Statistics, we’ve selected the top 10 highest-paying jobs where people don’t have to stare at their computer screens all day but they get to to go everywhere else and still get work done.

Take a look to see the kind of money you can make at a drill site, in the laboratory, in a cockpit 60,000 feet above the earth or in a classroom

Physicians and surgeons have meaningful, active work and get paid nicely to do it.

Specialists, like orthodontists and gynecologists, can make even more, with anesthesiologists topping the list with a $235,070 average annual salary.

Nurse anesthetists work with doctors to provide anesthesia to patients prior to surgery. In some cases, especially at hospitals in rural areas, the nurse anesthetist is the sole provider of anesthesia at the facility.

The job requires people to be licensed as a registered nurse and obtain a master’s degree in nurse anesthesia.

Petroleum engineers come up with the best ways to get oil out of the ground, a valuable skill these days. This profession includes developing the tools and software necessary to get the job done.

Much of the work is done on-site, where the engineers are required to inspect the drilling process and make sure everything is running smoothly.

While you’re still in a confined space, at least you’re flying around the world.

Being a legal professor is a pretty good gig. You get a nice salary and the opportunity to educate the next generation of lawyers and judges.

And who knows, you might just follow in the footsteps of Bill Clinton and Barack Obama, both of whom taught law school before moving on to bigger things.

Earth scientists study a wide range of natural landscapes and can work in jobs at engineering and environmental consulting firms, mining companies, and government agencies.

Oftentimes this means going on site, whether its helping the Army Corps of Engineers build a bridge or studying the ocean to produce research for a college.

Teaching doctors, dentists, and veterinarians can make you a nice six-figure salary.

The average salary isn’t quite as much as what the average practicing physician makes, but it’s certainly nothing to sneeze at.

There’s good money in the (college) classroom, and economics professors are cited everywhere from news stories to policy papers for their decision-making knowledge.

Prior to working for the government, current Federal Reserve chair Janet Yellen was an economics professor at the University of California-Berkeley.

The average factory manager makes just shy of six figures, but it’s unclear whether working on a factory floor is much better than in a cubicle.

These are the folks responsible for figuring out what’s going on under the surface at mining and land development sites, and making sure things are safe for the environment and for workers.

Though mining is thought to be a dangerous industry, the salary isn’t bad.