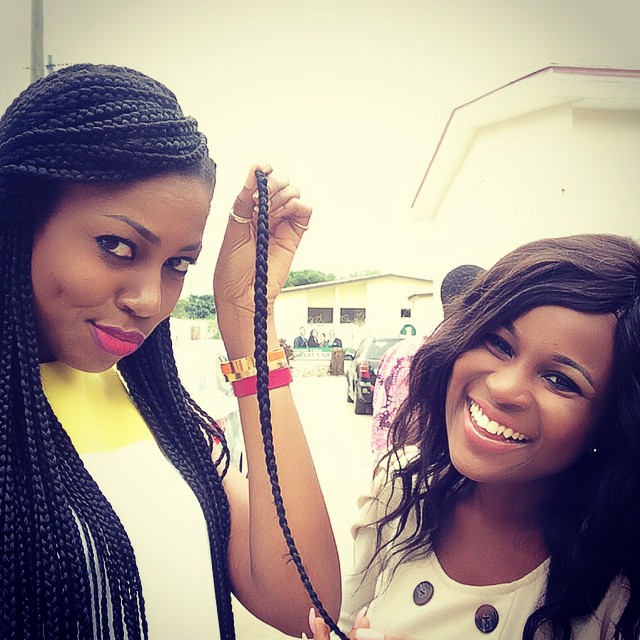 When the ting went quack-quack-quack in 2017 things got better with all the jabs coming from left-right-centre and behind!

Not too long ago we saw Showboy calling Deborah Vanessa a prostitute, Shatta Michy bragging about whoring with boss chic Dotty Lana which exposed their bisexual lifestyle, the sex, kissing and all the dirty lifestyles has been exposed in 2017. Just before December 29th ended, Yvonne Nelson makes the thing goes skrrrahh (ah) Pap, pap, ka-ka-ka (ka) on Berla Mundi who cannot pu-pu-pudrrrr-boom (boom)!

Actress and Producer Yvonne Nelson has fired shots at Tv Personality Berla Mundi calling her to quit judging her since she’s known to be dating married men.

According to Yvonne Nelson, Berla Mundi is hosting a show with clueless guests who have no idea what’s on the ground yet they have the guts to judge her.

“@berlamundi you’ve been dating a married man and you have the guts to spread lies about me on your show with your clueless guests….,” Yvonne Nelson said in a tweet.

Yvonne Nelson also believes Berla Mundi is using her women empowerment activities and Foundation as a cover up for her bad deeds.

It seems all the women who came out of beauty pageants have more dirty secrets than we actually thought considering the fact that most of the alleged sex scandals and married-men-dating saga are related to these women.

Did Berla Mundi lie to Ghanaians about her virginity?

Yvonne Nelson further advised Berla Mundi to stay positive and not rain curses into her 2018.

“@berlamundi Don’t rain curses into your 2018.A bunch of bitter women in this industry,i’m only commenting on this because I thought you were smarter than the rest and because I casted you once. “