Reports on cause of Bature’s death false – Family reveals 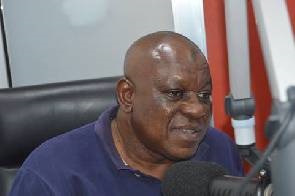 A spokesperson for the Iddrisu family, Amos Blessing Amorse, has discredited media reports which suggest the Managing Editor of the Al-Hajj newspaper, Alhaji Bature Iddrisu suffered from a stroke and slipped and fell in his bathroom.

Speaking exclusively with GhanaWeb in an interview, Amos, who is an Editor at the Al-Hajj Newspaper, debunked the news saying everything reported by the media is false.

According to him, no family member spoke to the media about the circumstances surrounding Alhaji Bature’s death, and anyone who did so did it out of malice so reports of him having a stroke or hitting his head on the floor should be ignored.

Although he was unable to disclose the illness and cause of death, he acknowledged that the deceased veteran journalist fell ill for three weeks before being admitted to the Korle Bu Teaching Hospital where he passed on.

He further stated that “per Islamic traditions, the body had to be brought home for the final rites. Thus, there was no postmortem report to ascertain the cause of death”.

Ghanaians received the shocking news of the demise of veteran journalist and Chief Editor of the Al-Hajj newspaper, the late Alhaji Bature Iddrisu, on Friday, January 5, 2018, at the Korle-Bu Teaching Hospital in Accra.

He was an outspoken political commentator on Adom TV’s morning show, Badwam, and a member of the National Democratic Congress.