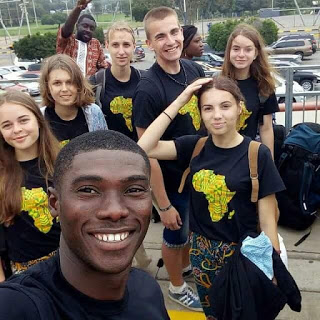 Mohammed Blakk born Mohammed Osumanu Ali was born to and raised by Mr and Mrs Osumanu Ali; he had his basic school education at the Afienya D/A Basic School in Afienya, a suburb of Accra.Young Mohammed in his basic school days always had a knack for visual creation and design which normally stemmed from his love for numerous DC and marvel cartoon characters among others. In effect, he loved tracing out, drawing and painting out these characters on any surface available; be it paper or material. With funny childhood but ambitious dreams to become a cartoon character himself, he followed his dreams in to high school to pursue visual Arts where he experienced a paradigm shift in his initial passion. 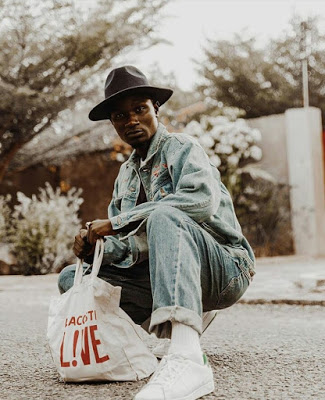 He became fascinated with textile printing, unconventional fashion and antique African dressing culture like the wearing of straw wraps and head gears by early African men; a culture which due to psychological effects of colonization had become outmoded.

Mohammed recall being really disturbed by the emphasis laid on western dressing to the neglect of rich African dress components like beads and ‘ahenemma’ etc back in school. As a result, Mohammed has ever since high school being on the mission to bring African culture back in vogue not just by creating prints but by adding tremendous value to the entire creation process. 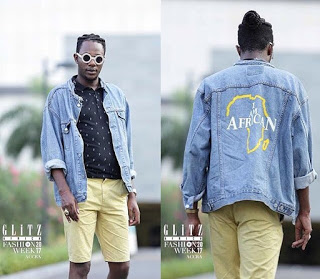 He set out to facilitate the #KingsOfTheNEwschool campaign with like-minded friends of his; a campaign which requires he and his friends to attend events in styled-up outfits of ancient African war tribes like the Maasai folks of Tanzania etc.

Eventually all these influences and convictions stems to a vision where Mohammed seeks to reconnect Ghanaians and for that matter Africans to the cultural roots and unique ways of identification; making both indigenes and people of the diaspora Afronatives just through dressing. 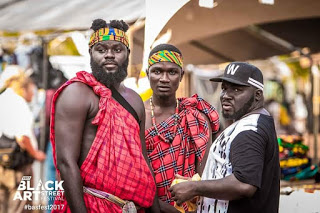 Mohammed is the founder of the Afronative brand; currently painting African sensations and inspiration on denim jackets and T-shirts. He revealed to us that he has amazing works he cannot wait to share with the world; the most closest one of them is a clothing line dubbed ‘FELA SZN’.