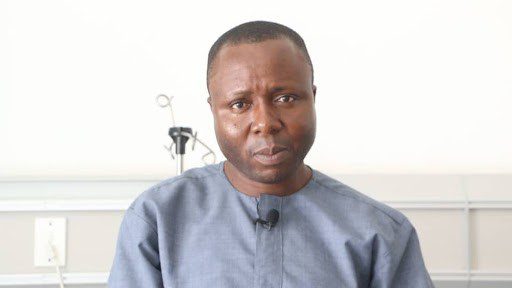 While some scholars and think tanks sat in the comfort of their homes and offices to write long articles about how unfair, expensive and harsh the justice system of Ghana is, a Ghanaian journalist showed leadership to become a force to be reckoned with in the fight against injustice in the country’s legal system.

Through his tireless effort and advocacy, nearly seven hundred petty offenders including six pregnant women are now out of jail and reintegrated into society.

Ibrahim Oppong Kwarteng, a senior journalist with the Ghana Broadcasting Corporation (GBC) even succeeded in getting the Speaker of Parliament, Aaron Mike Oquaye to pay the fine of jailed pregnant woman Akosua Sarfowaa now released from prison.

To push his advocacy journalism farther, Mr. Oppong Kwarteng founded the Crime Check Foundation (CCF) to educate the public on the consequences of crime through the screening of ‘life in prison’ documentaries and organize various forms of donations to support prisoners in Ghana. The CCF has embarked on several projects in Ghana’s prisons including provision of medical assistance for sick and old inmates.

An aged man serving a 10-year jail term at the Kumasi Central Prison for selling cannabis was granted presidential pardon through the intervention of the journalist and his NGO. 102-year-old Akollobilla, who was an Asthmatic patient received medical support from the CCF and its donors before and after his release from prison. He died a free man in July 2020.

The CCF does not only champion prison projects, today the NGO provides medical support to poor and vulnerable Ghanaians through the Health Check Series.

Recently, a story was told about a 130-year-old woman who died chasing 34 cedis debt. Madam Mary according to reports, was en route to collect the said amount from her debtor but fell down in the process. She became ill and unable to walk. The CCF came to her rescue, raised funds for her general upkeep and medical care but unfortunately, the poor old woman passed on few weeks later. Through the Health Check Series, Sherifatu, a Lupus patient who asked doctors to take her off oxygen at the hospital because she could not afford the cost, received a home oxygen machine from the CCF when she was discharged.

“I have lost hope after spending all the loan I took from the bank on my wife’s health. If I hadn’t met you, I don’t know how we could survive this. You are my second God on this earth,” these were the words of a grateful watchman whose wife was saved by the CCF under their Health Check Series.

The watchman who earns only 450 cedis as his monthly salary and lives in a kiosk with his family, could not afford GHC8000 needed for his wife’s first surgery. So, Mr. Oppong Kwarteng and his NGO came to their rescue, paid for the surgery and further donated more money to the family.

Mr. Oppong Kwarteng has impacted lives to the admiration of many with both his journalistic and philanthropy work. This explains why he was named ‘Ambassador Extraordinaire’ of Ghana Prisons.

Apart from paying fines of prisoners, medical bills of poor patients, those held hostage in health facilities and providing financial aid to suffering families, the CCF launched the Charity Series to champion development projects, supply food items, clothing, among others to needy communities. Another project, the Street Charity Series see street hawkers getting help in the form of capital and surprised donations from the CCF to encourage entrepreneurship.

Mr. Oppong Kwarteng revealed in an interview with freelance journalist, Selorm Helen on Ghanavi TV that, his NGO does not only intervene in the release prisoners.

He said, “We just don’t release them, we have the ex-convict reintegration project. We get something for them to be doing. If you go to the streets of Kwashieman you’ll see people selling on the streets. These people could have gotten back to crime but because of the ex-convict reintegration project that we’ve launched, we’re helping most of them.”

He named Ghanaian footballer, Christian Atsu as one of the key supporters of the CCF prison projects. He disclosed that, the footballer was instrumental in the release of 300 prisoners.

Mr. Oppong Kwarteng further commended donors of the CCF for their relentless support and various donations they send to help the needy.

Get up-close with Mr. Oppong Kwarteng in the conversation below and also find out which projects the CCF has embarked on and those they plan to execute in future. 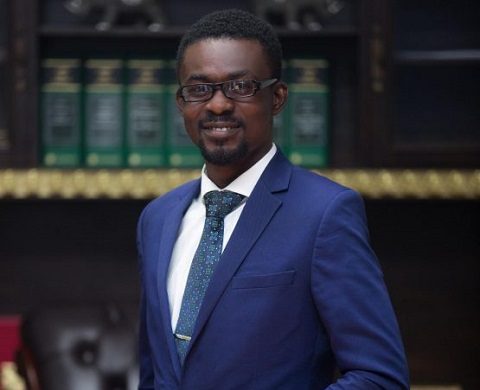