It seemed to slip the mind of the 36-year-old reality star turned businesswoman on Wednesday as she shared a picture of herself in a nude bikini lounging on a sunbed poolside and captioned it: ‘It’s really hot today.’

Just one small problem Kim, that picture is actually over three years old and you shared it on July 24, 2014, with the caption: ‘Last day to get my tan in…’

Can you stop misusing photoshop already???

The new picture seems to have been edited to focus more on Kim’s body whereas the original featured the pool and the ocean in the background; it was taken during a holiday to Mexico. Take a look belowl 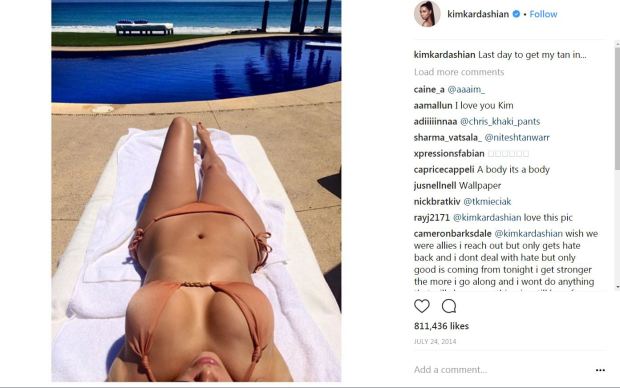 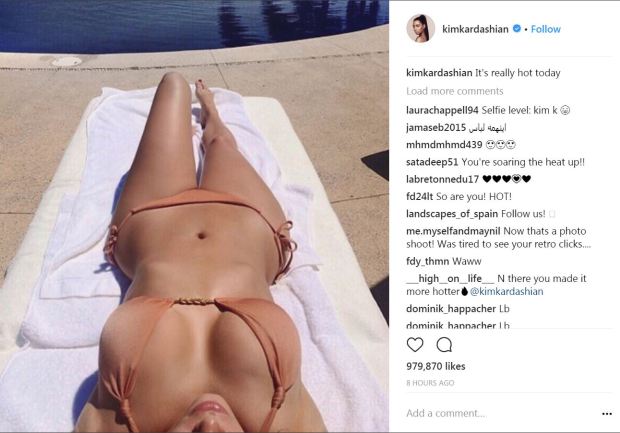 Kim found fame on the E! reality show Keeping Up With The Kardashians, and is married to Grammy award-winning rapper Kanye West.

The pair has two children and Kim recently admitted that she is ‘conscious’ of the fact that she is bringing up mixed-race children.

“I'm not a lesbian”- Huddah Monroe

Yvonne Nelson due for birth in few months