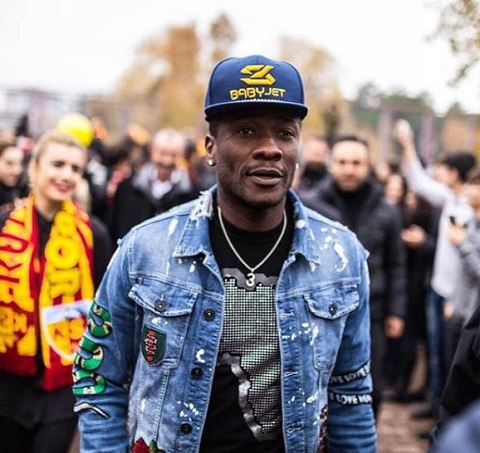 Turkish Superlig side Kayserispor are bent on changing the contract of Ghanaian skipper Asamoah Gyan to performance-based if he is to stay with the club for next season.

Gyan has one year left on his existing Kayserispor contract but injuries have hampered his progress as he only made 17 appearances, scoring four goals in all competitions this ended season.

Kayserispor Club President Erol Bedir has revealed that he will only keep Asamoah Gyan and Portuguese winger Silvestre Varela for next season if they will change their deals to performance-based due to their injuries.

“Asamoah Gyan and Varela will continue their negotiations for the upcoming season but with their unfortunate and disabling injuries they can not give the expected contribution to the team, “President Erol Bedir was quoted by Turkish sports portal sabah.com.

“And if they agree on performance-based revision agreements, they will continue with our players who are not sceptical about football qualities and their personal character.”

“If players are transferred to other teams in the coming days or the players are separated by mutual agreement, new plans will be put in place to fill their positions,” he noted.

Gyan, who has already played in Italy, France, England, UAE and China, has been linked with a move to the American USL Championship.

Ursula sues A Plus over ‘defamatory’ comments