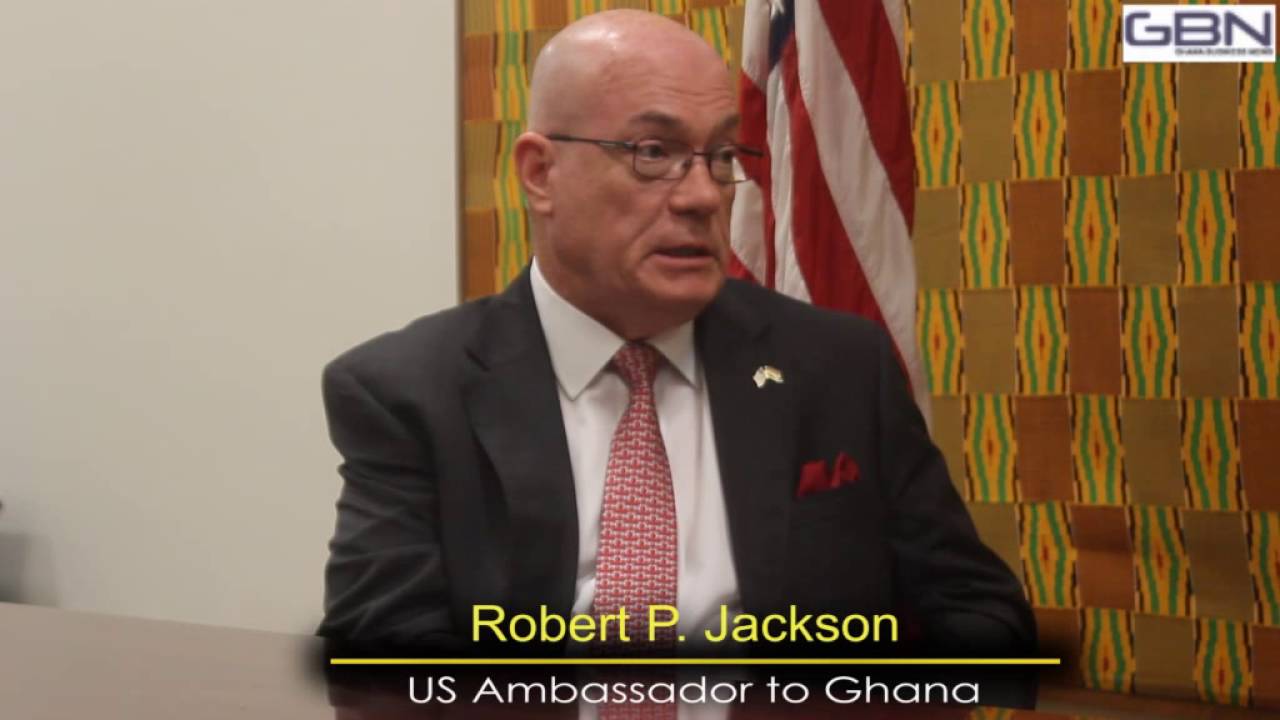 The United States Ambassador to Ghana Robert Jackson has revealed the three things he considers his best accomplishments since he came to Ghana as US Ambassador two years ago.

“Someone asked me the other day what I considered to be my major achievements since becoming ambassador. In looking over my tenure to date, I am especially proud of three major accomplishments”, he told the gathering.

He said the accomplishment were “in improving literacy; in healthcare, supporting democracy; and Increasing trade.”

He took his time to explain each one of those accomplishments, what the US government has done so far, and what more could be expected:

On education, he linked his experiences as a former educator as an important influence on the interventions he pursued.

“As a former educator myself — and with more than three decades of diplomatic service around the world — I know the role literacy plays in transforming lives. A literate population is more socially, politically, and peacefully engaged. Literacy is a necessary ingredient for national development in the modern world. Sadly, however, less than 2 percent of Ghanaian primary Grade 2 children are able to read with fluency and comprehension, even in their own languages, much less in English”, he explained.

He said he was thrilled with the work USAID is doing to make improvements in this area and have consequently “trained more than 30,000 Ghanaian primary school teachers, head teachers, and curriculum leads in phonics and reading”.

He recounted how the US government provided “public primary schools with approximately five million books and teacher training aids to help children learn to read in 11 indigenous languages and English”.

He recounted his first-hand experience when “he traveled to the Upper West Region a few weeks ago” with “Local school children read to me using the phonics-based materials provided by the American taxpayers through USAID”.

He said combined with the decision to offer free senior high school, he had “a renewed sense of hope for the future of Ghana’s children.”.

On health, he mentioned how he worked with “government to invest in the health of Ghanaians, with significant results”.

“Malaria deaths declined 52 percent between 2016 and 2017. Under-five mortality and neonatal mortality are also on the decline. In the north, where most of our assistance is targeted, skilled delivery has increased from 36 to 59 percent”, he listed.

Speaking about the inauguration of the first phase of the Greater Accra Regional Hospital at Ridge, he said “this 420-bed expansion project, financed by the Government of Ghana with a credit facility from U.S. ExImBank and HSBC, provides a thoroughly modern health facility in the heart of Accra. But we are putting our efforts behind rural health facilities, too”, he said.

“USAID has supported the construction and delivery of eight Community-based Health Planning and Services compounds, with 18 more currently under construction. We have also supported pre-service training for more than 10,000 health workers”, he added.

On trade, he was happy Ghana was taking greater advantage of the African Growth and Opportunity Act (AGOA) as Ghanaian non-oil exports to the United States doubled in 2017.

He said Ghana saw continued growth in apparel, as well as new products such as frozen orange juice and dried mango.

That number, he added, is expected to double again over the next two years.