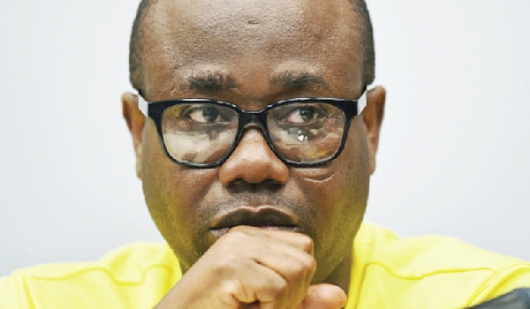 In a statement copied to netbuzzafrica.com from government signed by the Information Minister Mustapha Abdul-Hamid, government expressed shock and says it’s “outraged” at the contents of the recently aired documentary expose by investigative journalist Anas Aremeyaw Anas.

The President of the Ghana Football Association was filmed allegedly collecting $65,000 from ‘investors’ to influence the president and vice-president to get road contracts among other promises.

He is currently under investigation for defrauding by false pretence.

FIFA banned Nigeria in 2014 after its High Court disbanned the Football Association after a poor showing at the World Cup in Brazil. A ban would mean no Ghanaian team, including club sides, can play in regional, continental or international competitions.

Government has directed the Registrar-General to remove the name of the GFA from its books. The Police has also began investigating all persons indicted in the documentary titled ‘Number 12’.

A statement from the Presidency below confirms the his decision to dissolve the FA. 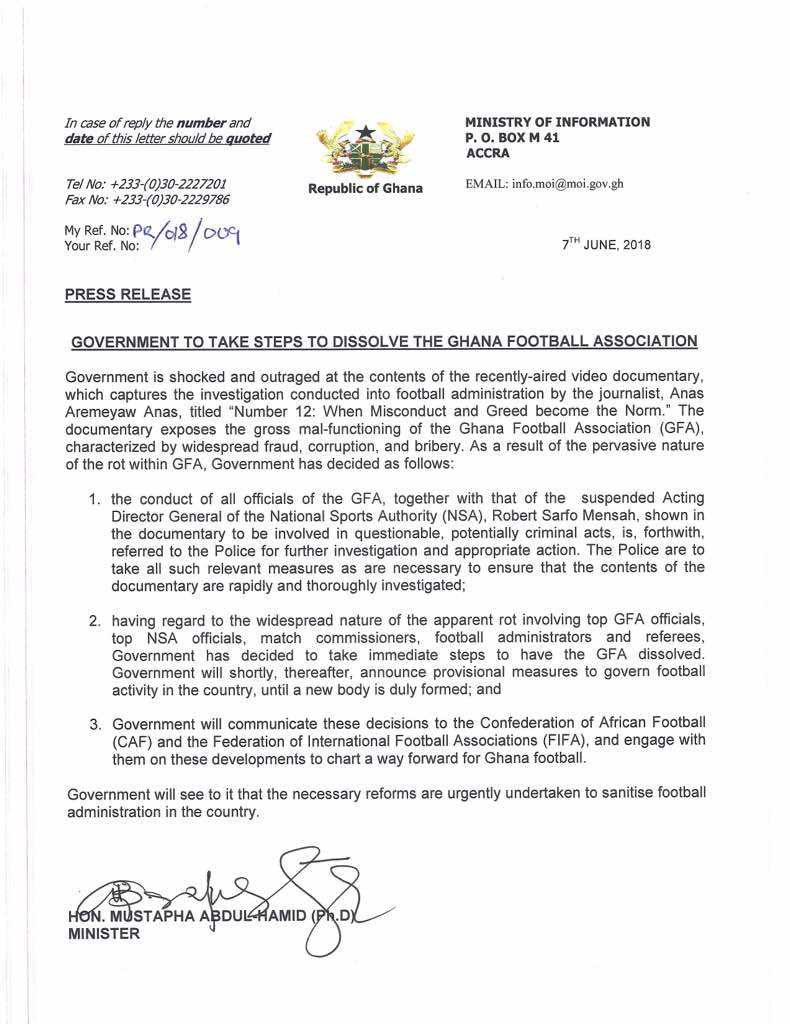