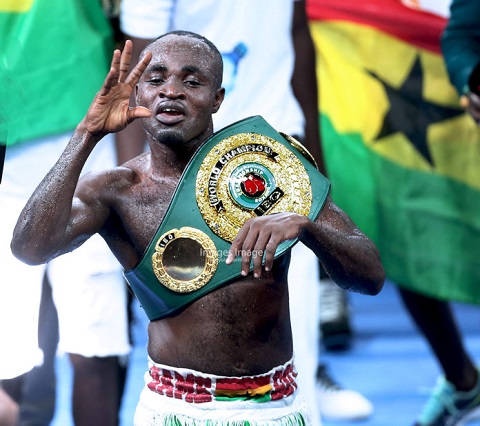 Controversies were rife in Ghana after Emmanuel Tagoe stopped Argentina’s Fernando Saucedo to win the IBO lightweight belt this year, January 27, his first defense of his belt after several postponements.

It seems the “defend to glory” champion’s controversies are fast catching up with reality as the boxing champion has been stripped of his title after failure to comply with IBO rules.

Tagoe who was mandated by IBO to defend his belt against mandatory challenger Fedor Papazov not later than June 17th failed to comply with the body’s order leading to the strip of his title.

The James Town native after failure to comply with the body’s order has been copied in a letter stating the need for his title strip.

A letter from IBO to the Ghana Boxing Authority (GBO), which was signed by the body’s President Ed Levine read: