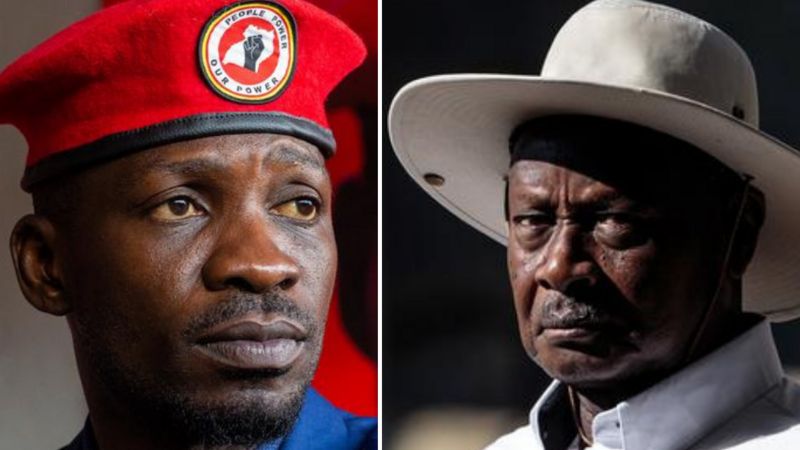 The internet is blocked and security has been stepped up in Uganda as counting gets underway after polls closed in a hotly contested election on Thursday, January 14, 2021.

A 38-year-old singer is challenging Yoweri Museveni, 76, in one of the world’s youngest countries.

Robert Kyagulanyi, known by his stage name Bobi Wine, says he represents the younger generation, while Mr Museveni says he is standing for stability and helping Ugandans “secure their future”.

Dozens of people have been killed in the run-up to the election.

Uganda’s President Yoweri Museveni seems to take an early lead in the presidential election race, according to preliminary results released on Friday morning by the electoral commission.

These results according to several polling agents have been modified and do not represent the true certified results of the incumbent president.

Wine, a singer-turned-lawmaker who has galvanized young Ugandans with his call for change, said in a tweet early on Friday that he was confident of victory despite “widespread fraud and violence” during the poll. He gave no further details.

On Wednesday, the government ordered an internet blackout until further notice, a day after banning all social media and messaging apps.

The election campaign was marred by deadly crackdowns by security forces on opposition candidates and their supporters.

The government also made sure EU Mission and US Mission Observers were denied accreditation to cover the elections.

Uganda’s normally bustling capital Kampala was quiet on Friday, a public holiday after Thursday’s poll, with shops mostly closed. Soldiers patrolled on foot in the rain in a suburb visited by Reuters.

Commission head Simon Byabakama assured the nation on live TV on Thursday evening after polls closed that results were arriving at the national tally centre despite the nationwide internet blackout.

“We are not using local internet to transmit our results, we are using our own system,” he said, without giving details of that system. “Don’t worry, results will come.”

Several journalists and news outlets have also commented with results believed to the true representation of the ongoing tally after the elections.

Some social media users have also accused the EC of doctoring result in favour of Museveni.

At one polling station in a video sighted by NetbuzzAfrica.com, a declaration form was already signed and Museveni declared the winner even when citizens were still voting. The returning officer couldn’t justify the reasons for the error when quizzed.

This video shows how declaration forms were signed and winner determined while people were still in the line voting.

The returning officer could not justify why Museveni was declared winner without final results. #ugandaisbleeding#UgandaDecides2021 #Bobiwineforpresident pic.twitter.com/Zks0yfom7S

Here are some of the talk on social media so far:

EC SUMMARIES OF CUMULATIVE RESULTS – THIRD RELEASE AT 11:20AM

According to the news coming in;

"Now the Old man Museveni has suspended social media. He is scared. Bobi Wine must be glad that an old man has closed social media because of him. That is the power of young people."
~Julius Malema, EFF pic.twitter.com/gcpMuawpUw

Basically what @UgandaEC and @SimonByabakama are saying here is that POA magically swallowed some of Bobi Wine's votes in the lead up to the third announcement from the second. #Panic 🙃🤣#WeAreRemovingADictator #UgandaDecides2021 pic.twitter.com/wCfoQIZ4TB

QUOTE: The results that have come in so far are just a small percentage of all the results and so I still have a great chance of becoming Uganda’s next President after all, I am a man who believes in possibilities – Independent candidate Willy Mayambala 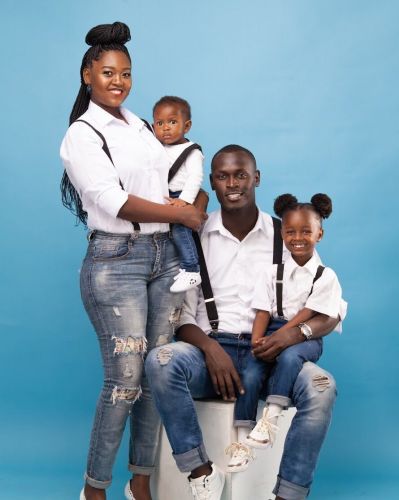