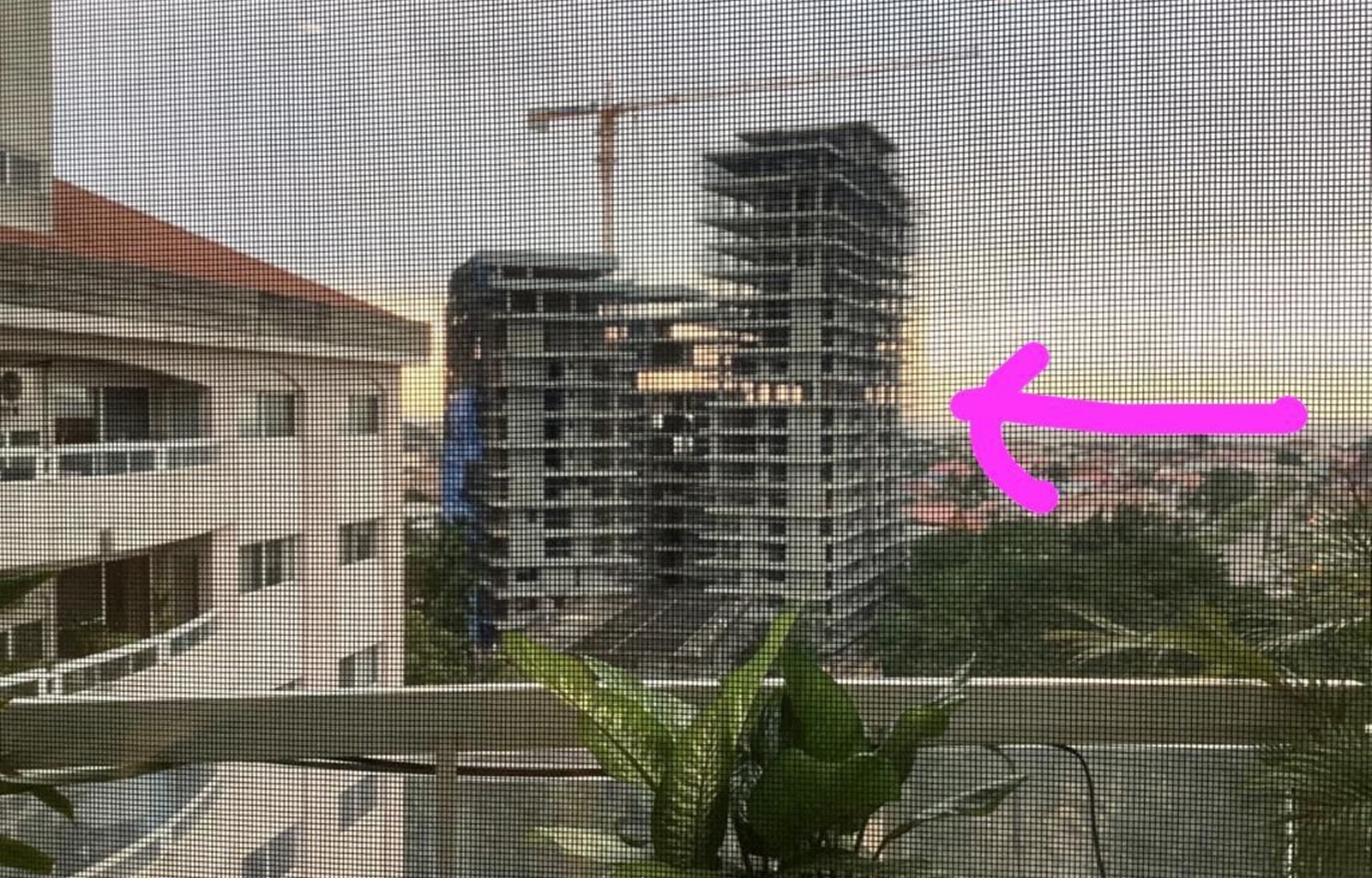 A 20 storey skyscraper residential building under construction on Alexander Road, Ikoyi in Lagos – Nigeria has collapsed today. The structural engineer that was supervising the construction work withdrew from the site after discovering that the site engineers were using substandard materials.

The Lagos deputy governor, Femi Hazmat, has revealed that nine persons have been rescued from the rubbles of the building that collapsed in Ikoyi, Lagos.

He added that 10 casualties have been confirmed.

Hazmat made the revelation while addressing journalists at the scene of the incident, adding that “it’s a search and rescue operation.”

According to him, “two people were rescued alive this morning(Tuesday) while some confirmed dead.

“The total number of people rescued so far is nine (currently undergoing treatment at a nearby clinic) while we have a record of 10 casualties.

“Our focus is to see how we can rescue more people in the building.

“We heard a voice of a lady trapped in the building. So, we’re not sure of the number of persons trapped.

“It’s a search and rescue operation and we hope to save more lives,” he said.

On the punitive measures put in place by the government to curtail another incident of such in future, the deputy governor said structural measures are in place to inspect the buildings within and around the state regularly.

On the building approval plan, the deputy governor said, “The approval for the building, this particular one that collapsed, was approved for 21 floors, not 15.”

Contrary to news making the rounds that the owner of the collapsed Skyscraper at Gerard Road, Ikoyi, Lagos, Olufemi Adegoke Osibona is trapped in the rubbles of the collapsed building, he is under arrest. 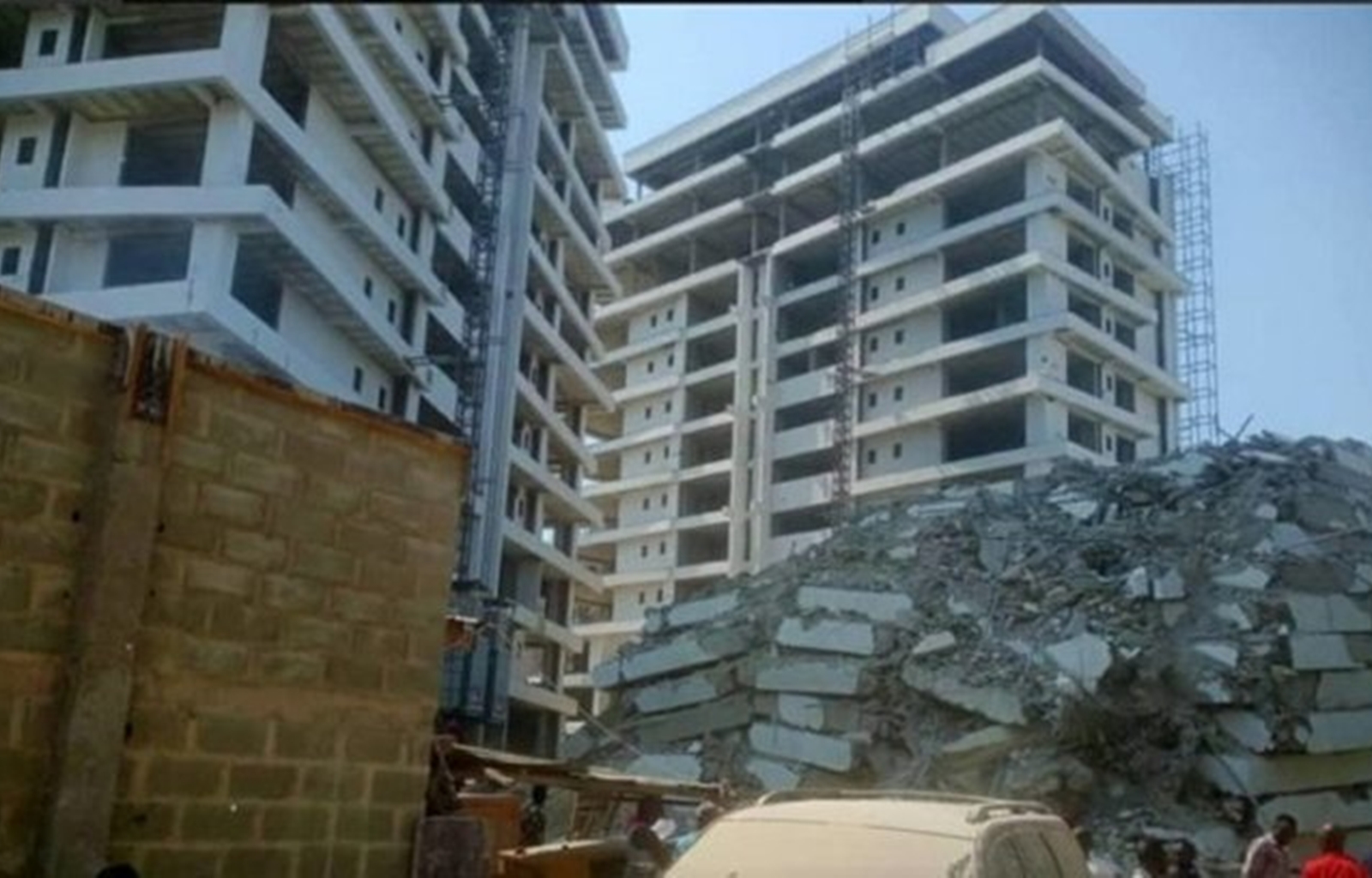 In a related development, one of the construction workers at the building that went down, Enahoro Tony, said he alongside others were harassed by security operatives while rescuing their colleagues from the debris.

Tony said the incident happened at about 2 pm, which according to him, is usually their break hour.

While returning from break, he saw everywhere covered with dust as a result of the collapsed building.

“When I saw the dust, I dashed to the building alongside some of my coworkers to rescue our people from the debris but it was an eyesore.

“Some of those rescued were badly injured, while few others still managed to come out of the building without any injury.”

On being allegedly harassed by the security operatives, the construction worker said: “While we were trying to rescue our colleagues trapped in the collapsed building, some soldiers just started harassing us, telling us to leave the premises.

“Meanwhile, there were no Lagos Emergency Unit team on the ground to handle the situation.

“This is where we work daily. We would have rescued more people from the building if they (security operatives) had allowed us to do the work.

“They just came and disperse everyone just in the name of doing their job.”

The owner of the collapsed building at Ikoyi in white robe… pic.twitter.com/kroyEUcUEk