A growing number of airlines around the globe have announced they won’t fly the Boeing 737 max planes until they know what happened in Sunday’s fatal crash of an Ethiopian Airlines jet, which killed all aboard.

The European Union and India have also banned the Boeing 737 Max from flying over their airspace to ensure passenger safety.

They join a long list of countries in suspending the plane, including the UK.

Boeing amid all these challenges says it won’t ground its planes.

The cost of grounding all 737 MAX planes could be between $1 billion and $5 billion, according to estimates from Wall Street firms Melius Research and Jefferies but Boeing could afford that cost.

It posted record revenue of $101 billion last year, and a $10.6 billion profit. It had forecast even stronger results this year. But Boeing’s stock has fallen 11% this week.

The FAA and Boeing both say a software upgrade will give pilots greater control over plane in case problems emerge with the planes’ safety systems. That fix is due in April.

Two US airlines flying the 737 MAX 8 — American Airlines and Southwest — say they will continue to fly those planes.Kuwait suspends all operations of Boeing 737 MAX 8s

Kuwait’s Directorate General for Civil Aviation has said it is suspending operation of all Boeing 737 MAX 8 flights until further notice.

The DGCA said it is taking the action after two planes of the same type crashed in the past five months.

The ban applies to all Boeing 737 MAX 8 flights, including those in transit, the DGCA said.

The General Civil Aviation Authority (GCAA) of the United Arab Emirates banned all operation of Boeing 737 MAX 8s and 9s from flying in its airspace following the Ethiopian Airlines plane crash.

The planes are not allowed to fly until further notice.

“No operator shall operate the Boeing 737-8 ‘MAX’ and Boeing 737-9 ‘MAX’ aircraft from, in to or over the United Arab Emirates Airspace,” the GCAA said in a statement.  US and Canada are the only two nations still flying a substantial number of Boeing 737 MAX 8s

The only two nations still flying a substantial numbers of Boeing 737 MAX 8s are the United States and Canada.

India’s aviation authority is grounding the Boeing 737 MAX immediately, according to a tweet from the Ministry of Civil Aviation.

“These planes will be grounded till appropriate modifications and safety measures are undertaken to ensure their safe operations,” the tweet reads.

Ethiopian Airlines, Lion Air, Comair, Gol Airways, Aeromexico, Aerolineas Argentinas, SilkAir, Norwegian, Icelandair and TUI are among the many airlines that have grounded the 737 MAX 8 jets. 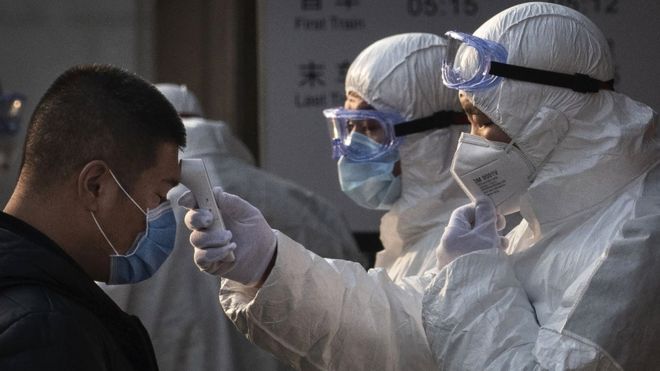 China locks down 400,000 people after Covid-19 spike near Beijing