Dancehall artiste, Stonebwoy, has finally addressed the latest rumours of chaos in his camp.

He revealed that every relationship has an end and so, his longtime friend and working partner, Blakk Cedi is no longer his manager.

According to Stonebowy, the decision is part of a new structural amendments that have been made at his Burniton Music Group label.

The new changes lists Blakk Cedi as Stonebwoy’s agent, relieving him of the manager position.

This revelation follows days of speculations that the artiste and his long-time manager had parted ways and handed the managerial role to his wife.

Stonebwoy has since unfollowed his protégé, Kelvyn Boy on Instagram due to the several internal issues and many fans have questioned the latest happenings in the BHIM Nation camp.

NetbuzzAfrica.com gathers Stonebwoy’s team for some time now has had several disagreements pertaining to the management of artistes on the label, particularly Kelvyn Boy leading to the former manager Blakk Cedi, boycott a recent Europe tour.

Blakk Cedi has also been accused of allegedly mishandling funds of Stonebwoy, source close to the group say and this had caused mistrust between the artiste and his manager-best friend.

Speaking in an interview with Andy Dosty, Stonebwoy reacted to the happenings at his label saying that, “In every organization, there are ups and downs…every team has things they deal with.”

“There have been structural amendments at Burniton Music Group and therefore, going forward, Blakk Cedi is now my agent. He is not my manager but he is more than a manager now,” the ‘Ololo’ singer added while speaking with Andy Dostyon Daybreak Hitz.

He further disclosed that Interested persons who are looking to work with Stonebwoy can either contact Blakk Cedi or himself for bookings. 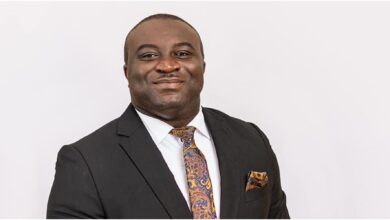