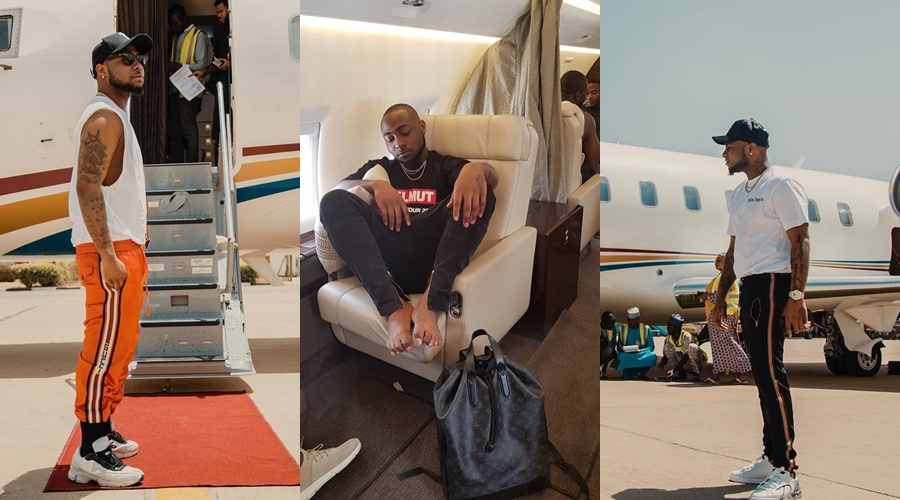 Nigerian superstar, David Adeleke best known as Davido, has bought himself a private jet, making him the youngest Nigerian to own one.

The ‘Assurance’ crooner disclosed this on his Twitter handle saying “Bought already… it’s not soup. it’s Hard work and Ambition!”

Flaunting paper works done for Air OBO (his own private jet) Davido released very little details but wait, we have the all the latest gist for you.

This development is coming just a few weeks after the 26- year-old singer bought his girlfriend, Chioma Avril, 23, a N45m Porsche as a surprise birthday gift.

Davido has also been trending on social media following news of signing a deal for his girlfriend Chioma Avril Rowland in partnership with Dunes centre to run a cooking show.

He has also signed a worthy ambassadorial deal with a Phone manufacturing company in Lagos before flying away to Atlanta to for his daughter’s 2nd birthday.

Meanwhile, he advised his fellow musician from Nigeria to support others while receiving the award for Best Pop Single at the just ended headies awards.

Below are 10 things you need to know about Davido’s new Bombardier Challenger 605 jet. 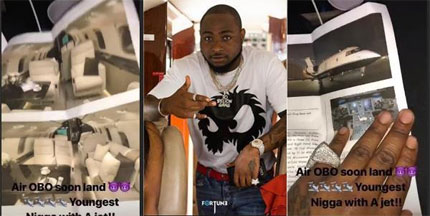 1. The Bombardier Challenger 605 business jet is produced by Bombardier Aerospace.

3. The 605 offers several upgrades to the 604, including upgraded instrumentation to the Collins Proline 21 Avionics, a rounder tailcone, and larger cabin windows.

4.The Challenger 605 is a super midsized private jet that claims to match the operating costs of small aircraft.

6. It can accommodate 10 passengers in a standard configuration.

7. According to the General Aviation Manufacturers Association, roughly 30 to 40+ of these aircraft (or it’s predecessors) have been sold each year for the past 15 years.