They take pleasure in queuing up to cast ballot more than they are interested in lining up for school enrolment. The sights of underage children massing around polling booths to perform the civic responsibility reserved for adults aged 18 and above have become a permanent feature of elections in Kano State.

In the past 22 years of Nigeria’s uninterrupted democratic experience, the country’s electoral process is still threatened by that banal irregularity, due to structural deficiencies. Although over the years the nation has witnessed the seamless transition of political power from one administration to another, including from governing political party to opposition, the electoral process and procedures still battle with credibility issues.

One of the negative trademarks of violation of electoral process is the culture of underage voting, which has become more of an uncharitable practice in Kano State, but also rapidly eroding electoral credibility in the entire country.
Blight Of LG Polls

Underage voting seems to have become the major blight of Local Government elections in Kano. In 2018, a series of footage went viral on social media exposing how children below the constitutional voting age were provided access to cast ballots without any form of censure.

The development, which attracted a wide range of criticisms both from within and outside the country, earned the state a dissolute image. But, even after INEC pledged to investigate the matter, it turned round to debunk the veracity of the video clip.

And, as if to refresh public consciousness of the malaise, another clip resurfaced, which also went viral on social media platforms during the January 16, 2021 council poll. Similar to the 2018 specimen, the instant clip also indicated one of the polling units in Kano; where children were seen receiving ballot papers and casting ‘their’ votes after thumb printing them in the presence of state electoral officials.

As at the time, the state electoral body debunked the allegation, alleging that the video clip was unfounded and lacked all known scientific basis after critical forensic analysis. The commission sustains the logic that the claims have not been fully substantiated; stressing that the enemies of the state-orchestrated it to rubbish the council poll.

Yet, the footage has already damaged and embarrassed the electoral body and the entire LG election. KANSIEC Chairman, Professor Garba Ibrahim Sheka stated: “The video clip was deliberately intended to rubbish the electoral process and paint a bad image on a process that is largely peaceful and devoid of violence.

“No single life was lost, apart from a pocket of misunderstanding that was urgently resolved by security agencies. Now, come to think about it, how can KANSIEC staff allow underage voters to cast ballots in the presence of security agents.

“That is to tell you that some unscrupulous elements, who are ready to disrupt the conduct of the election went to contrive the fraud. Again, we have examined the clip. It was not authentic, but we are still waiting for anybody to come out with evidence to prove the clip otherwise.”

Reacting to the development, State Secretary of governing All Progressives Congress (APC), Alhaji Ibrahim Zakari Sarina, claimed the clip was part of the evil intention of enemies of the state and government.

He explained that the video was part of the failed strategies designed to blackmail the ruling party, the electoral umpire and stampede the government. He declared that no amount of cheap blackmail would distract the ruling party from the sound footing of good governance.

While applauding KANSIEC “for conducting credible elections widely adjudged as peaceful and credible by local and national electoral observers,” Sarina added: “We are aware of those who have concluded plans to destroy the Local Government election. This is part of their activities. And we thank the Almighty God it was not successful. They deployed similar strategy during the 2018 election, but that could not work out perhaps, that was the reason they came up with the same old strategy.

“It is no longer strange because everyone now realized that it is just a blackmail to earn public sympathy. How can APC, a ruling party with a large majority that dominates all the 484 wards still think of embarking on that kind of electoral fraud. APC will never do that. It is either they want to tarnish the image of the electoral body or the state government because they are no longer relevant.”

Stemming Electoral Violations
THE question of how to stem electoral malfeasance in the country has been a recurring one. A Professor of Law at Bayero University, Kano, Professor Lawan Mamman Yusufari, told The Guardian that the way out lies through reorientation of electoral process, as well as, strict application of disciplinary action against offenders.

On the issue of underage voting, Professor Yusufari, who is also a Senior Advocate of Nigeria (SAN), blamed desperation on the part of political actors, whom he said, are ready to deploy any means just to win in an election.

His words: “Underage voting is no longer new in Nigeria and I want to believe it cuts across the entire jurisdiction, a situation whereby you found children, who are not eligible to vote under the Electoral Act casting ballots. The law says eligibility to vote starts from age of 18, but you will still see children below that age around the polling units waiting to vote.

“I think what is responsible for this, is the desperation of politicians to win the election at all costs because children cannot mobilize themselves to polling units without the aid of the politicians.

“The question then is, how come the children are allowed to vote with the consent of Electoral Officers and the political party, because the law says you must be 18 years before you are registered. And until you are registered, you cannot be accredited before you can even talk of voting.

“What happens nowadays during elections is unfortunate. It means voters will simply appear at the polling unit, collect ballot papers, and cast votes without accreditation. This is a serious issue in our electoral system, because it affects the credibility of elections in this country. And the earlier the issue is addressed the better for Nigeria’s electoral system.”

Proffering a possible solution, Yusufari said although it is difficult to eradicate, “if we are serious as a country for a credible election and electoral process, I do not really see the challenge as insurmountable.”

“One major problem we need to check,” he stated, “is a failure to strictly enforce or apply the full weight of the laws as provided in the Electoral Act. The law says underage voting is not allowed. Anybody found violating the provision of the law should be prosecuted and those found guilty should be punished.

“That also brings us to the need for the establishment of a special tribunal to try electoral offenders. Our conventional courts cannot manage electoral offenses, because of the volume of cases already before them.”

The Senior Lawyer recalled how the last Constitution amendment committee, which he was a member, recommended the establishment of a Special Election Tribunal to essentially handle electoral offenses. We believed that that would reduce the level of electoral offenses, which include underage voting in Nigeria.

Yusufari explained: “Another way to address the menace is to reduce the desperation among politicians to occupy plum seats at all costs. How you can do that, is to review our system to make political offices less attractive. When you make political offices less juicy, it will drastically reduce the desperation. For instance, the federal and state Houses of Assembly should be made part-time service. You are not going to be paid any salary or pension.

“No special allocation of funds for oversight. All they need to do is to come to the assembly, when their services are needed and you are only paid a stipend for that specific purpose. That way, you have made it less attractive and reduced the desperation and level of tension.

“Crisis during the election will almost disappear and electoral offenses will be reduced drastically too. These measures will equally compel the politicians to prepare to serve the nation against the old narrative that you are going into politics to make money.

“As it is now, there is no business as lucrative as politics. So long we allow the process to continue as it is, so long would we continue to have electoral misconducts, which include underage voting in Nigeria.”

Bako stated: “The powers to conduct elections, regardless of category, should remain with INEC.  There is a need for an overhaul of the electoral system in Nigeria. And until that is done, the dream of a credible and acceptable electoral process may be difficult to attain.

“Voters also need to be educated on the power and weight of their votes. They should understand the implication of casting their votes to wrong candidates. In Nigeria people vote for so many reasons depending on their personal needs and not societal needs.

“Our constitution also needs to be amended, if we desire to have credible elections devoid of electoral abuses, including underage voting. I think it is most important to amend the Electoral Act, particularly to allow INEC to take over the conduct of Local Government polls in Nigeria. That will address the syndrome of underage voting and other disgusting acts in our electoral process.” 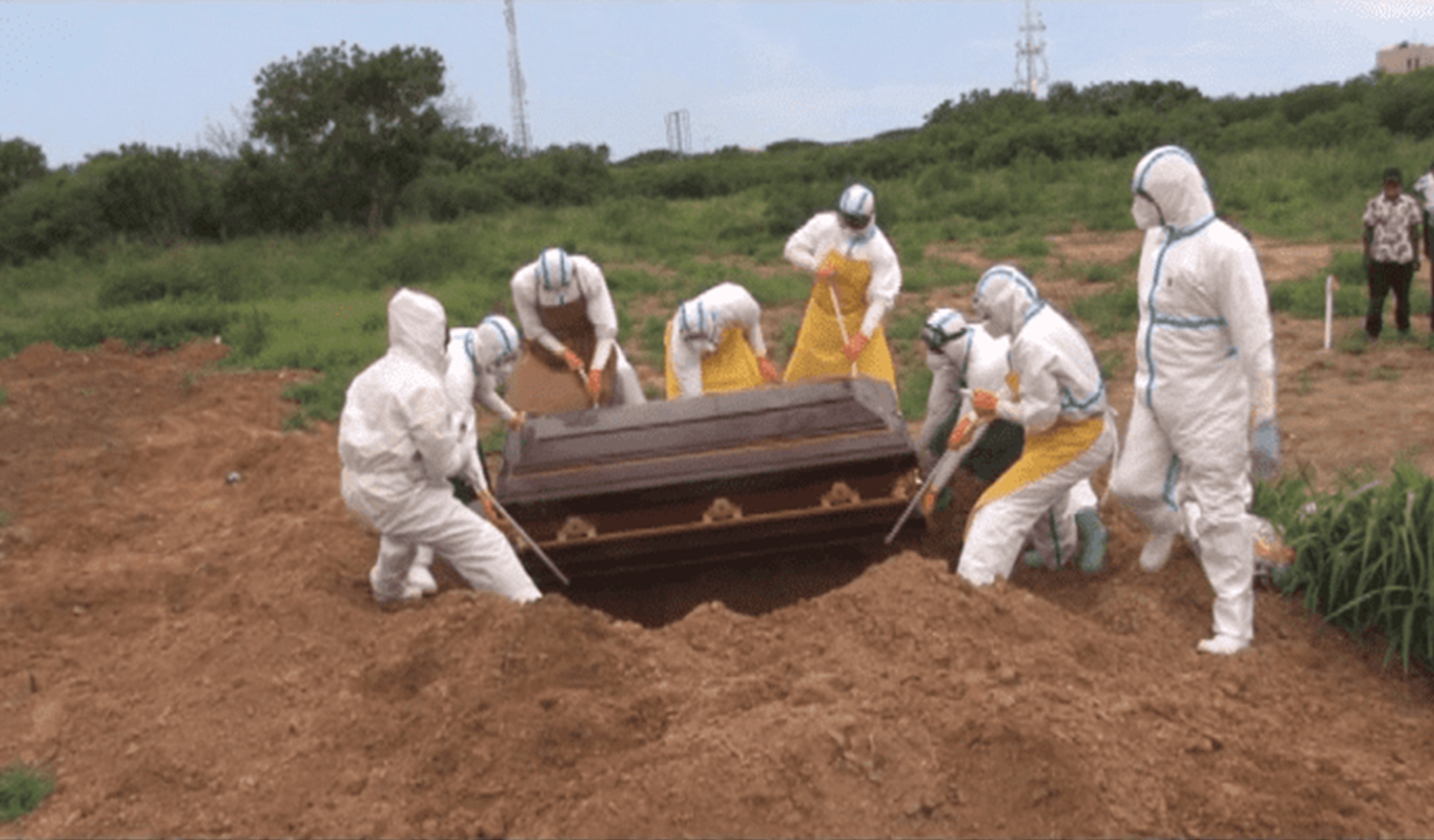