Joel Duncan-Williams and the beautiful Anisha walked down the aisle last weekend and tied the knot to each other in a beautiful ceremony which was graced by several top personalities in th country.

Their quite wedding has been all that’s been talked about in town since it the list of the star-studded personalities were announced.

Top government officials including the father of the land, H.E. Nana Akufo-Addo and Vice, Bawumia were all present at the ceremony.

Joel Duncan-Williams, the son of founder and leader of the Action Chapel International, Archbishop Nicholas Duncan-Williams, pledged his love to his girlfriend in two separate ceremonies, a traditional wedding and a white wedding. 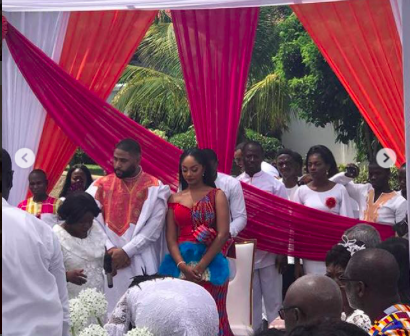 Although much isn’t known about the beautiful woman Joel decided to marry, we know she’s budding model while Junior Duncan-Williams decided to follow in the footsteps of his father, is also the pastor and a preacher.

The reception was attended by several celebrities including Joselyn Dumas, an Nigerian Instagram big boy, Hushpuppi. There were performances from the likes of King Promise and Mugeez.

Here is extra photo from the traditional wedding, and view photos from the white wedding and reception here.

…Oh don’t forget to check out the beautiful diamond ring Anisha received as assurance! A market research by some site reveal it cost between Ghc 25,000 – Ghc 30,000. 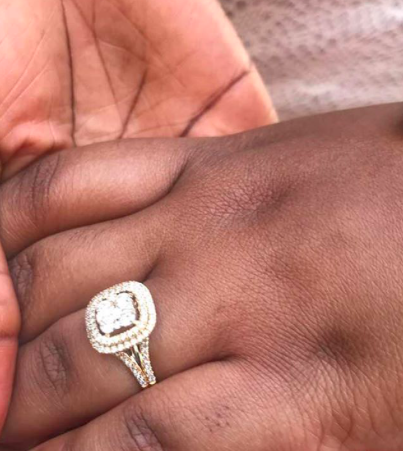