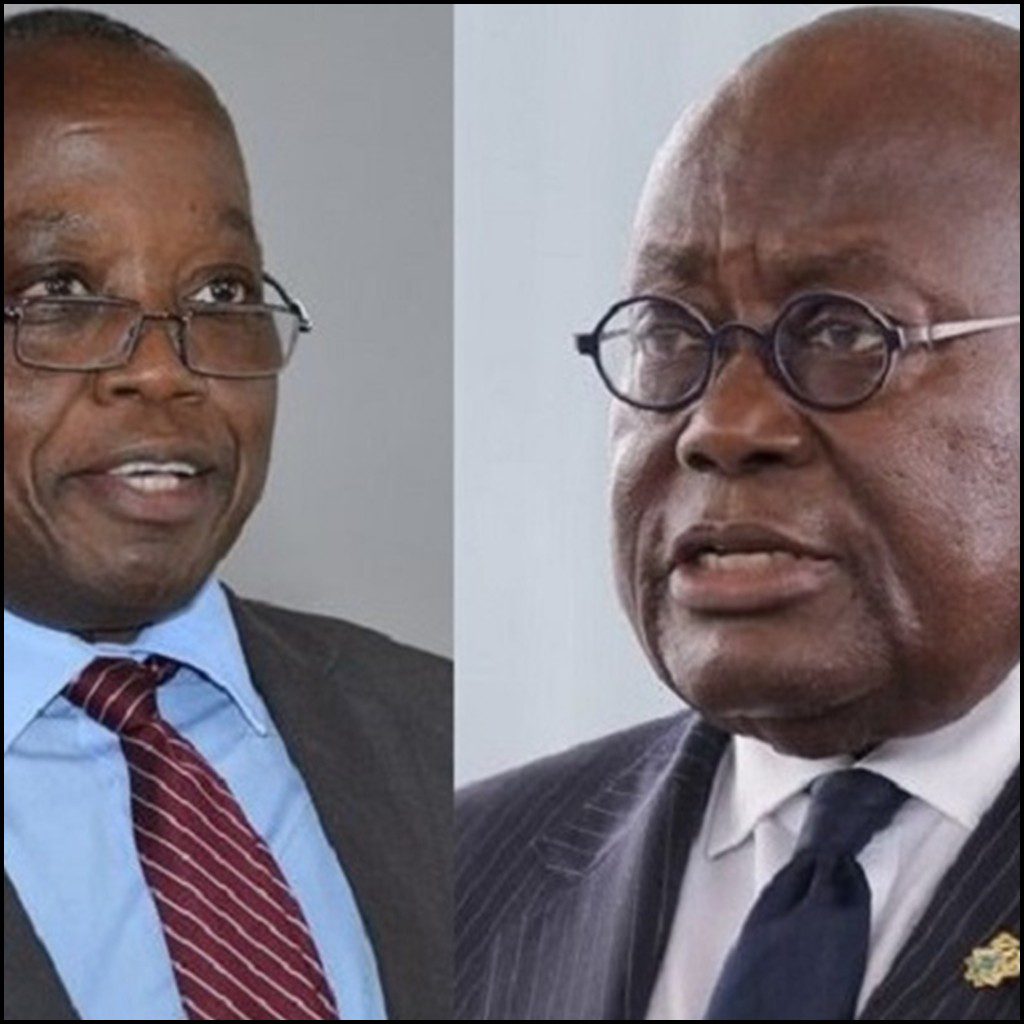 President Nana Akufo-Addo has compulsorily retired embattled Auditor-General, Daniel Yao Domelevo, despite the latter claiming he is not yet 60 years.

A letter signed by Nana Bediatuo Asante, Executive Secretary to the President on Wednesday, March 3, and addressed to Daniel Yao Domelevo said:

“The attention of the President of the Republic has been drawn to records and documents made available to the Office by the Audit Service, that indicate that your date of birth is 1 June 1960 and that in accordance with article 199(1) of the Constitution, your date of retirement as Auditor General was 1 June 2020.

“Based on this information, the President is of the view that you have formally left office. Mr. Johnson Akuamoa-Asiedu will continue to act as Auditor-General until the President appoints a substantive Auditor General.

“The president thanks you for your service to the nation and wishes you the very best in your future endeavours.”

Daniel Domelevo recently became a subject of many news discussions after a series of correspondence between himself and the Audit Service Board came to the fore.

The Board alleged that records at the Social Security and National Insurance Trust (SSNIT) provided by the Auditor-General indicated that his date of birth was 1960 when he joined the scheme on October 1, 1978.

Again, the Board insisted that the hometown of Mr. Domelevo is Agbetofe in Togo, thereby making him non-Ghanaian, even though on October 25, 1993, Domelevo had changed those records. 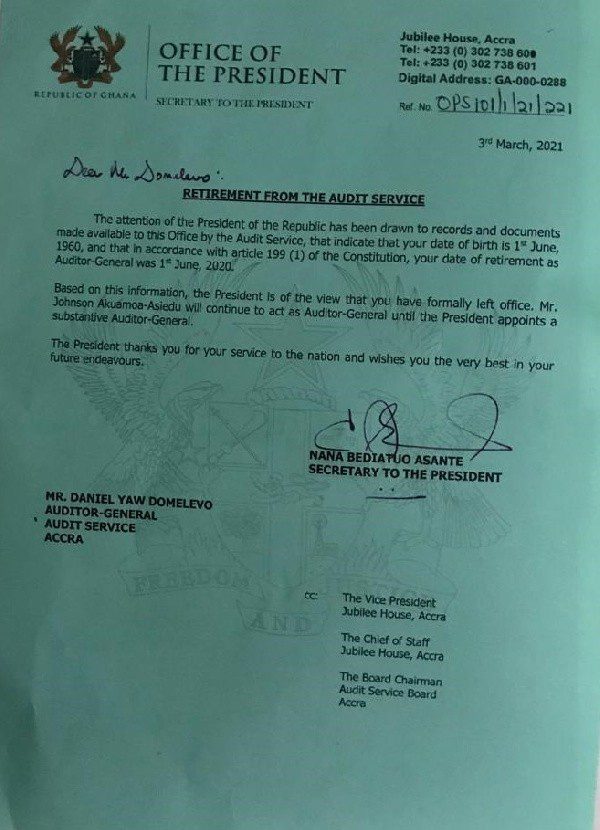 While the date of birth changed to June 1, 1961, the hometown of the Auditor-General was now Ada in the Greater Accra Region, the Board claimed in a three-page letter addressed to Mr. Domelevo on Tuesday, March 2, just a day before he was to resume work from a forced 167-day leave.

Daniel Yao Domelevo duly informed the board that the two allegations were false and offered explanations.

The Board replied indicating, “observation of your responses and explanations contained in your above reference letter make your date of birth and Ghanaian nationality even more doubtful and clearly establishes that you have made false statements contrary to law”.

The Board consequently insisted that Mr. Domelevo was due for compulsory retirement on June 1, 2020, and was in fact not Ghanaian but Togolese.

“Records made available to the Board indicate that your date of retirement was 1 June 2020 and as far as the Audit Service is concerned you are deemed to have retired,” it noted.

Two ‘criminals’ arrested in Accra with G3 rifle, 2 pistols, others